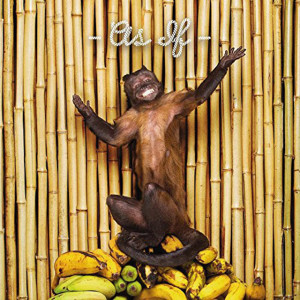 You can’t google !!!.  You may well be trying to do it right now, but you’ll draw a blank. Nothing. Nada. Zilch. The same goes for Bing, Yahoo!, even Wolfram Alpha. Search engine optimisation issues aside, this lack of results is pretty symbolic of the void beneath the surface of the Californian disco-punk troupe’s patchy sixth LP.

The band released their début in 2001, coming to wider attention with the epic Me and Giuliani Down by the School Yard (A True Story) two years later, a superb nine minute deep-grooved jambalaya of no-wave punk, chasmal guitars and cowbell; lots of cowbell. !!! have continued in a similar vein since, taking a lead from the post-punk/funk likes of Gang Of Four and New Yorkers Liquid Liquid. They’ve released an album every few years, with 2007’s subtly psychedelic, rockier Myth Takes a highlight and their most recent, THR!!!ER (2013) displaying no apparent lack of momentum. From the chilled Balearics of Careful and the deep and progressive Except Death to the classic disco of One Girl/One Boy, it was a well-paced and varied set. Everything, then, that As If is not.

All U Writers’ pitched down invocation to “get out your pencils and write” – a sly stab at critics, perhaps (a leaf from Stereophonics’ book and never a strong look) – leads into tiresome falsetto quipping about an anonymous female interlocutor – “We were hanging out one night outside a bathroom stall/She said her favourite Beatles song was Wonderwall” – over thumping house that manages to possess none of the fun that this might suggest. Sick Ass Moon treads some of the same water while the cod-anthemic Every Little Bit Counts and Til The Money Runs Out (with a midsection that dares to invoke Giorgio Moroder) aim for the soft-rocking power pop of Phoenix but land on Hard Fi.

The club-friendly mood is kept up for most of the album, needlessly reductive for a band whose previous work has so often revelled in multi-hued mishmashes of funk, soul, Afrobeat and jazz influences. All The Way is perhaps the worst offender, slathered in irksome auto-tune, somehow managing to seem at least twice as long as its four and a half minutes.

There are good points, however: Bam City shuffles with fuzz-bass and sidling pizzicato strings, and the slinky ’90s soul strut of Ooo has a touch of Masters At Work. Lucy Mongoosey, meanwhile, sees vocalist Nic Offer reminisce in a cracked falsetto (sweetly painting a heavy but happy day as so “grey that it felt like somebody had tipped it in chrome”), before the wistful, optimistic chorus; a rare moment of reflection.

Nothing here, though, comes close to the irresistible Freedom! ’15; a slow-builder, it takes a filtered disco sound – transporting us to the turn of the millennium, when no-one had ever re-tweeted anyone and The Strokes still seemed like they might be a good idea – and combines the voices of Yolanda Harris Dancy and Taletha Manor with Offer’s in an I Will Survive-esque slam that explodes with a heady rush of propulsive bass and a colossal chorus: “Now that you’ve got your freedom, how’s that working for you, baby?”. It’s so preposterously good that you’ll almost forgive the excesses elsewhere. (Almost.) These, and the album, are driven home by the overlong I Feel So Free (Citation Needed), which stretches a paper-thin premise way over the line between artful party-rocking and LMFAO with smarts.

F Scott Fitzgerald, no stranger to the odd party or two, said of the exclamation mark that it was “like laughing at your own joke” and it certainly sounds like !!! are having a lot of fun here. Unfortunately, that doesn’t always translate, at least on the recording. Brash, wearyingly loud and very funky, As If certainly isn’t lacking in emphasis, but will likely disappoint if you’re searching for a little more.