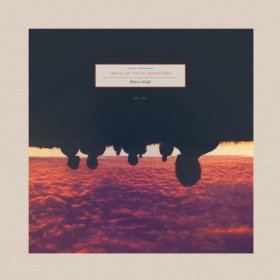 Led by the magnificently monikered Jannis Noya Makrigiannis, Choir Of Young Believers are an act whose beauty is in their stillness. Their second album Rhine Gold builds up layers of opulent chamber pop and rich orchestral sweeps that are blended perfectly with the bittersweet ’80s melodies that Makrigiannis writes.

How to describe Rhine Gold’s sound more precisely? Well, it sounds like a break-up album recorded in space: the cosmic hum in the background of most songs, the sparse yet elegant feel, the loneliness that seeps out of nearly every song, the feeling of being on the verge. It seems that the confidence Makrigiannis gained from the plaudits he enjoyed for debut record This Is For The White In Your Eyes, especially in his native Denmark, has allowed him to expand and stretch his imagination even further.

The centrepiece is Have I Ever Truly Been Here, a widescreen, heartstring-shredding torch song about the breakdown of a relationship. Backed by an acoustic guitar and gentle pulsing buzz of electronics, its stark majesty could break open the stoniest of hearts as Makrigiannis sings “we have got nothing to celebrate… I just wanted you to know I could never let it go.” What we have here is bombastic cinematic Scando-pop that doesn’t shirk when it comes to baring its heart. Listening to the songs on this album creates a feeling of lapsed time, the stillness of each song meaning you’re not aware of movement until you’re suddenly there, right in the heart of the song.

Opener The Third Time starts off like the Fleet Foxes if they lived on the moon and not in Seattle, with Makrigiannis beaming down his orchestral pop as the grand oriental brass hits. Six minutes of twinkling piano, superb atmospherics and plaintive vocals later and you have the scene set for the rest of the album. Patricia’s Thirst is white boy funk, with music from ’80s David Bowie and vocals from ’80s George Michael (and that’s meant as a compliment). The shuffling motorik beat of Paralyze is one of the best things here. Lasting for 10 minutes it features two acoustic interludes, taking off and descending, sweeping you along with its insistent krautrock rhythm and yearning, emotional undertow.

Nye Nummer Et’s warm melodies and the ticks and whirs of strings underpin a song that still echoes with loneliness and melancholy. “I would rather be alone, there’s no change in my heart” is a touching and heartbreaking line. Elsewhere, unfortunately Paint New Horrors is a glorious ’80s chorus looking for the rest of a song. Sedated and The Wind Is Blowing Needles suffer similar fates – not doing enough to register attention as they breeze past.

The album ends on a high though, with the gurgling, burping sadness of the title track. Subdued, delicate and strikingly affecting, its piano shimmers and rises, before the spaceship comes crashing down. The dramatic chords signal the end and the Choir Of Young Believers hurtle back to earth. This is an album rich in ideas, heavy on emotion. It feels like the soundtrack to an intimate film, sounds gently lapping around you until you’re swallowed up by them. While this stillness can sometimes make it feel like there’s not much happening, the subtly shifting effect of this record will linger long after it’s at an end.

Choir Of Young Believers on Spotify