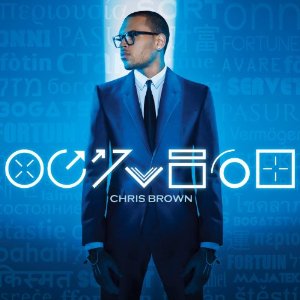 Chris Brown didn’t need to be rehabilitated by the music industry, because it generally agreed that beating up his girlfriend was, you know, no big deal. Fortune is his latest record and it will sell like gangbusters, with the delightful Mr Brown appearing on mainstream TV shows and radio. His PR people ensure interviewers don’t mention the unpleasantness. We’re meant to focus on Brown’s art and not his amateur woman-boxing career.

When Brown attended a course essentially dedicated to why it’s bad to punch, bite and choke a loved one, he boasted about receiving his certificate like a suburban dad who has done well at his cooking evening class. That is the problem with both Brown as a human being and his recorded output. Fortune, like the records that came before it, is not a mea culpa from a more reflective man but a ziggurat of posturing from a rather poisonously entitled and empowered young man.

Brown seems to have the famous Balotelli t-shirt slogan – “Why is it always me?” – written straight through his existence like he’s a meaty piece of Brighton rock. What he seems to be unable to grasp is that he makes himself more of a villain with every pronouncement, every self-justifying posture and preen.

The history of music is littered with men who have been abusive, from Ike Turner to John Lennon. What they did was unacceptable but was not so publicly discussed as it is now. Additionally, Ike and Lennon created genuinely revelatory pieces of music while Brown simply delivers slick and functional product to slot into radio playlists.

Fortune is the kind of record that will please Brown’s many deluded female fans, but we cannot with good conscience give it a single star. The music and the man cannot be separated. Having violently assaulted someone he was meant to care about and repeatedly acted in an aggressive manner in public, Brown is a danger to himself and others.

Buying Brown’s music and feeding his ego is simply enabling him to dismiss his critics as h8rs. Well we do hate what Chris Brown represents and that’s why this review has been so personal: personal matters when millions of boys and girls see Chris Brown still lauded despite his refusal to deal with his destructive and violent tendencies.