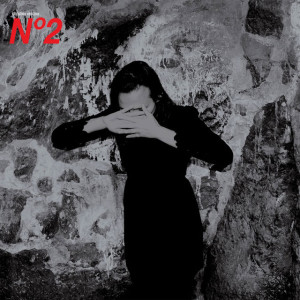 Sometimes, words are not enough. Listening to Christina Vantzou’s latest album is a quite breathtaking experience, but to explain quite why is virtually impossible. These pieces encourage immersion and introspection. What you bring to this album will almost certainly colour what you get out of it. As such, this set of songs will inevitably register a strong emotional response with all those that her them.

It’s quite easy to forget that in order to have created such a masterful album, Vantzou has worked tirelessly for the last four years. The foundations for No 2 were initially laid using manipulated samples and synths. These were then augmented with further orchestral compositions (for strings, oboe and bassoon) that Vantzou worked on with Magik*Magik Orchestra’s Minna Choi. It’s a process that worked perfectly for previous album No 1 and it would appear that it has been refined perfectly for No 2.

From there, a considerable amount of time was spent pre-mixing and engineering the final mixes (Adam Wiltzie of Stars Of The Lid was on hand for the latter). The result of all this tireless exertion is an album that sounds effortless, proving that sometimes, beauty really does have to be worked for. Vantzou’s travails are the last thing to enter the mind as the elegance of No 2 works its magic. It is perhaps unsurprising to learn that Vantzou is a film maker as well as an accomplished musician, because this is an album that could quite happily soundtrack an emotionally charged movie. With no supporting images, however, it’s up to the listener to make their own narrative.

Brief introductory piece Anna Mae opens the set with a droning tone and delicate piano notes. There’s a touch of the cosmos about it, and a feeling of deep uncharted space lit only by the twinkling of distant galaxies. The sheer expanse offers hope rather than a sense of being lost in the void. Going Backwards To Recover That Which Was Left Behind winds that feeling in briefly, and initially adopts a far more sorrowful feel. It is apprehensive to begin with too, before the strings become slightly more urgent and driven. It’s all done with a deftness of touch so light that it barely registers.

There’s a curiously daunting ambience to Brain Fog too, which pits the woodwind against throbbing bass swells and metallic undertones. Yet once again, there’s a swirling cloud of positivity that envelops the track, making everything so much more uncertain. Somehow this is something of a comfort. Vancouver Island Quartet once again mixes the delicate with the unnerving. There’s still a space-like tinge to everything, but with the introduction of choral voices, No 2 becomes not so much a cosmic journey as a heavenly one. One suspects that Stanley Kubrick would have enthused over this endlessly.

It is here too that the coming together of the classical and the electronic elements of Vantzou’s work become the most unified. It’s almost impossible to tell them apart, and it is this aspect of No 2 that sees it surpass nomenclature such as neo-classical or ambient. It is so perfectly realised that it eases free of the shackles of genre definition. Whilst there are moments where No 2 adds a little shade to proceedings, there is little doubt that this is an album packed with moments of elegance and sheer wonder.

Little Darlin’ Seize The Sun is perhaps the best example of this (although there are many), it is the sound of standing on the edge of the universe and trying to take it all in. It would have been a perfect soundtrack to Blade Runner’s Tears In Rain soliloquy. It is perhaps better as it is, providing the soundtrack to the lives and stories of those who hear it, and with any luck, this is an album that will find its way to everyone.