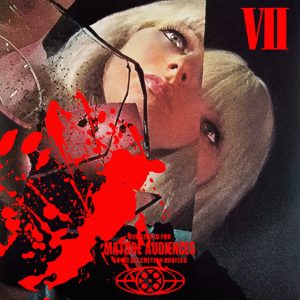 “Music is medicine.” This short statement accompanying Closer To Grey, Chromatics’ first album in seven years, describes these italo-new-wave-electro-noir miniature hypnotisms a little too well. Fronted once more by Ruth Radelet’s evocative vocals, the album’s 10 deliberately timeless originals mingle in seamless aesthetic perfection with a pair of covers – Paul Simon’s The Sound Of Silence and The Jesus & Mary Chain’s On The Wall – which together tie auteur lynchpin Johnny Jewel’s myriad influences and output together in a cohesive whole. And yet that’s only part of the story.

Announced just a day before its release through Jewel’s Italians Do It Better label, Closer To Grey comes wrapped in self-mythology, with the packshot sporting the legend: “Suggested for mature audiences, sonic discretion advised.” Since contributing to the soundtrack for the Ryan Gosling vehicle Drive (both via Chromatics and solo) as well as assorted TV shows (from Mr Robot to Riverdale to Twin Peaks: The Return to Gossip Girl), Jewel’s stock has floated free of tethers. Umpteen projects via assorted connected bands, all signed to his label, have occupied his time, as has the “missing” Chromatics album Dear Johnny, endlessly teased though yet to be released.

Given this history, it is near impossible to consider Closer To Grey without factoring in its capacity to paint dreamy, shimmering visualisations deep within the brain. Like a curated soundtrack in need of a film, in this context the covers earn their keep, each serving to gently massage nostalgic half-remembered moments and recontextualise them amid new surroundings. The Sound Of Silence opens with a speeding-up tick-tock of a clock and a piano sample which combine to create a tractor beam effect, drawing you in to the blissful stillness of what follows. In contrast, On The Wall – at over eight minutes, it’s comfortably the longest track on the album – is less a Jesus & Mary Chain cover than a reimagining for a new century, Radelet’s contentedly woozy vocals anchored by a fat kick drum and fuzzed-out guitars.

The two covers aside, there are clear signposts to Jewel’s other influences. Whispers In The Hall sets off with a creepy arpeggiated motif straight out of John Carpenter’s musical cupboard before opening out beautifully. In contrast, Move A Mountain brings warm chamber poppish keyboards, flute and strings, its relatively cheerful major chord progressions sounding like echoes of a Saint Etienne track had they mislaid their rhythm section. It serves whimsical lyrics well: “I think I’ll stay a while now that winter’s come” could be uttered by a waif in a hotel lobby gazing at flames lighting the gloomth. It gives way to the beautifully languid Touch Red, which opens with the line “I see the clear ways in my dreams” – perhaps said waif has repaired to her hotel room for a night of dreamy relaxation.

Lest this all seem detached and synthetic, acoustic instrumental warmth is in evidence throughout. The interlude Through The Looking Glass sounds like a duet between picked guitar and a kazoo choir, while Love Theme From Closer To Grey’s bright keys, stabilising strings and distant guitar beams in through walls and sleep. And across the record, Radelet’s vocals are so much moonlit waves gently breaking unobserved onto a deserted beach. As with the outfit’s last album Kill For Love, Closer To Grey has no space for stray notes, with every sound placed precisely where it needs to be and nothing extraneous allowed in. If this is a stop-gap album of offcuts (and who really knows whether it is), such consistency belies its origins.

As closer Wishing Well fades gently away, Closer To Grey stands revealed as a thoughtful and precise work. With its downtempo pace, offers time and mental space for consideration, whether in the waking hours or with which to augment subconscious realities. Everything is ordered, nothing is left to chance, and there’s a clear path of progression. For the chilly yet soothing soundworld it conjures, it is endlessly replayable. Medicine never tasted this good.