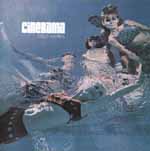 Every ’80s student bedsit stereotype loved The Wedding Present, and this is former frontman David Gedge’s new band. If there was a fault with the Wedding Present, it was the self-confessed tendency for “all the songs to sound the same”, and the grinding guitars and sometimes strangulated vocals may have put off the uninitiated.

However, Cinerama could not be more different. Flutes and string sections accompany Gedge’s songs of love lost and found. The presence of his partner Sally Murrell seems to have cheered him up – songs such as Your Charms must go down as the happiest material he’s ever written. Also, his libido has certainly improved – “With so many people in the room above/that was the weirdest place I’ve ever made love” runs the opening couplet of Because You’re Beautiful.

However, it’s not all hearts and flowers, and Let’s Pretend is a heartbreaking ode to the end of a relationship – “And it may seem unorthodox/but I am trying to remove all traces of your personality” states the opening line.

The album is produced by US hardcore veteran Steve Albini, but this is a long way from his work with the Pixies or Big Black. Superman could almost appear on daytime radio (although it won’t), and all vocals are high in the mix – a real change of direction for Albini who usually buries vocals underneath layers of guitar.

An excellent album from an under-rated national treasure – who else could write a line like “You need a paramour/someone to pluck your eyebrows for” and get away with it?