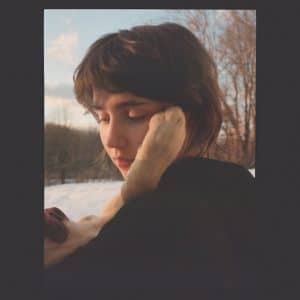 While in theory a big rebrand, it felt quite fitting when Taylor Swift went all folksy on us during the covid-scarred summer of 2020. Gone were the big hooks, in their place were reams of wordy, thoughtful lyrics and muted organic instrumentation. One didn’t need to search too hard to find Jack Antonoff’s name popping up all over the credits, and this year he provides a similar service on Clairo’s similar rebrand.

Much like Folklore, Sling only counts as ‘pop’ in the loosest possible sense and feels more at home in the realm of easy listening. Clairo’s voice is gentle and breathy, delivering prosaic vocals with poise and grace on Partridge (“the only time I see you smile / is after hours or the finish line / but bring yourself to the еdge / of the cliff and look upon / the animals who will wakе before us at dawn / all the work they’ve done”) while a groove as slow as molasses in January eases the listener into the crisp, lush soundbed. Is anything particularly memorable? No, but the vibe is nice.

Zinnias is a bit more dynamic, with an uptempo beat, lyrics about domesticity and a section near the end making good use of distortion, while Amoeba’s 4×4 beat and syncopated rhythms are almost disco-esque in nature. Clearly Antonoff has paid a lot of attention to production and arrangement, whether it be Joanie’s spacey phaser, the eccentric effects that adorn Management’s grand finale, or the relatively extreme panning which harks back to the early days of stereophonic sound.

Halfway through a song like Blouse (think Our House by Crosby, Stills, Nash & Young but resolutely uncatchy) this reviewer begins to yearn for the Clairo that worked with Danny L Harle and Mura Masa, though Sling is an album that at least works on its own terms.