Cloud Nothings – Here And Nowhere Else 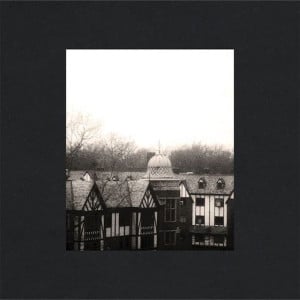 The endorsement of Steve Albini is always going to attract a certain kind of listener to your record. However, if that cranky old dog happens to produce your record… sheesh, well that must mean you’re a cut above the hundreds of other bands that send solicited (and unsolicited) records for him to listen to in the often vain hope he’ll agree to produce their next product.

By attaching his name to Cloud Nothings’ Attack On Memory, a spotlight was immediately shone on an album that might not have hit the same heights without him. A particularly misguided review in an American publication pitched it as having classic status (it has the same marks as Echo And The Bunnymen’s Ocean Rain, for instance) when it didn’t ask for that kind of blind enthusiasm. More tellingly, more appropriately, it was given the same grade as Iceage’s incredible You’re Nothing, an album that shares a sense of volatility and pure anger with Attack On Memory. Attack remains one of the highlights from a particularly vintage year, and it’s certainly endlessly re-playable.

Thankfully, Cloud Nothings’ new effort is just as good as their breakout record, if not marginally better. Cloud Nothings’ helmsman and songwriter Dylan Baldi is a unique talent in modern punk music – he’s single-handedly attempting to bring credibility to an oft-maligned branch of hardcore known as ‘emo’, a task that’s easier said than done.

Producer John Congleton is just as estimable as Albini, and is known for producing the best ‘art’ records in modern times. Congleton takes a different approach which makes Here And Nowhere Else more streamlined than Attack On Memory, and the results speak for themselves. At only eight tracks, the album seems far too brief, but it crams a lot in. Emo godheads Fugazi averaged around 12 tracks a record, which puts Here And Nowhere Else into perspective: Ian McKaye’s records were filler-free, solidly sequenced and totally engrossing, so Baldi’s new record is effectively missing an EP’s worth of material, but is just as devoid of flab.

Opener Now Hear In kicks off with raw, distorted chords and a pounding rhythm, and Baldi’s signature whine-howl emotes with angst-ridden potency. The track is a thunderous slice of post-hardcore, complete with rolling drums from Jason Geryz and tightly-wound riffing. Quieter Today follows much in the same bloody-knuckle fashion – but it becomes a head-down pogo-dance shoutalong with an SST/college-rock vibe that bristles and crackles with furious energy. Psychic Trauma has pleasant echoes of early Dinosaur Jr owing to its chiming chords and sudden bursts of maniacal frenzy. It doesn’t really matter who your favourite hardcore band is; there’ll be something on this record to tickle your fancy.

Just See Fear hints at a skater-punk detour with a spiralling riff and insistent rhythm, but Baldi wisely avoids gimmicky riffing and decides to shred his throat at the close of the track. But something magic happens during the verses and chorus, where you’ll finding him crooning like Billy Idol. The next one is a monster. Giving Into Seeing has ripping, ringing bass by TJ Duke and strident chords combined with a carefree classic punk vibe. The chorus “Say something/It’s supposed to be true/Say something/It’s supposed to be you” is catchy as hell, too. No Thoughts keeps the motor buzzing at top speed – it’s another high intensity blast of melodic punk.

Pattern Walks is the longest cut, and the heaviest. A massive, roaring bass groove rumbles out of the speakers underneath Baldi’s voice, and all hell breaks loose. Prolonged, serrated riffing and tom-heavy drumming keep up the red-hot atmosphere, before an echoing, shredding outro. When Baldi’s screaming “Pattern walks” it’s hard not to wince and think of the impending polyp-based throat troubles he’ll inevitably develop. The album closes with I’m Not Part Of Me in relatively sedate fashion. There’s still white-noise guitar buzzing and chugging bass underpinned by shit-kicking drums, but it’s a dose of melody to temper the heavy direction the record was headed with the last track.

Sonically perfect and stunningly well-executed, this record is recommendable to a wide spectrum of rockers and punks, from fans of Hüsker Dü and Fugazi to Mission Of Burma and Descendents. Basically, had Cloud Nothings existed 30 (!) years ago, they’d have found a place in Our Band Could Be Your Life. As it is, they’ll have to settle for vague comparisons to those epochal bands. It’s hard to deny albums of this quality the recognition and praise they deserve, because people like Dylan Baldi are the Ian McKayes and Bob Moulds of the future. This is an impeccable record from an incredible songwriter.