CocoRosie – Tales Of A GrassWidow

by Helen Clarke
published: 24 May 2013 in Album Reviews
Tweet 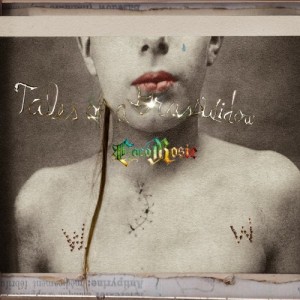 CocoRosie have long divided opinion – and, love them or loathe them, much of that opinion rests on what you think of their vocals. To some, the Björk by-way-of Joanna Newsom style is a bit too much to stomach, but listen beyond the cutesy, helium vocals and there’s much to enjoy.

This is the Casady sisters’ fifth album – the last one, Grey Oceans, coming some three years ago. A predictably unpredictable upbringing saw the pair spend their formative years travelling across America with their mother, with occasional trips to stay with their estranged father. A farmer who was obsessed with Native American culture, he’d take them to visit Native American Reservations. The sisters parted at a young age before meeting up again in Paris, and CocoRosie was born, fusing their childhood experiences with a love for garish cabaret arts.

Their albums to date have been disjointed, bonkers affairs, taking a sort of Dresden Dolls aesthetic and feeding it through a circus-operated blender which had some creepy elves and dolls poked into it while no one was looking. They throw the kitchen sink at everything they do; more is more in CocoRosie land. So, 10 years down the line, where is there left to go?

Fans will take comfort in the knowledge that it’s pretty much business as usual for Sierra and Bianca. Tales Of A GrassWidow is every ounce as kooky as its predecessors, only a bit more… strategic. For the first time, this record seems to have a ‘script’; it’s far from a concept album, but its themes are felt throughout. It’s organic, with its roots in nature, and a strong spiritual undercurrent. Their voices blend together to tell heart breaking stories of interrupted innocence; for every whispered reference to moth wings and wet snails there are uncomfortable tales of shattered childhood, like the young girl who asks the Gravediggress – in the song of the same name – to bury her love in the ground for safekeeping.

They merge genres at a rate of knots, with nods to reggae, folk, opera, hip hop and, with End Of Time, commercial RnB. A slow beat backing with an almost operatic performance from Sierra alongside Bianca’s chanting, it’s knowingly obnoxious, and brilliant for it. Roots Of My Hair looks to their childhood observations of Native American tribes for inspiration; one of their most vocally light songs, it describes a solitary child, happy in the sole company of a sparrow. A fluttering flute opens the door to the roaming, expansive nature scenes that fleck paint all over their work.

The album’s greatest moment comes courtesy of friend and sometime collaborator Antony, who adds vocals to closing track Poison. But it’s on Tears For Animals that he works his magic, as his tearful vocals plead: “Do you have love for humankind?” over dark, chaotic electro beats; the rawness of his voice against the clatter of synthetic, industrial noise is in equal parts disturbing and haunting – a perfect meeting of minds.

Tales Of A GrassWidow won’t alter opinions; if anything it’ll cement them. But for those who enjoy CocoRosie, album number five is every bit as intriguing and fulfilling as they’d hope.