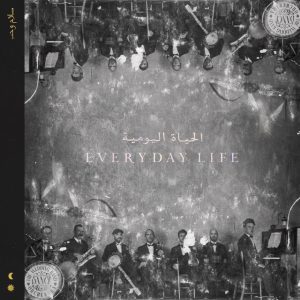 Next year marks 20 years since Coldplay released their debut album Parachutes. Listening back to it now, it’s a surprisingly small, modest album which ushered in two decades of sold-out arenas around the world, celebrity marriages and ‘conscious uncouplings’ and a fair degree of bile and opprobrium. Back then, as we watched Chris Martin wander across a beach in the Yellow video, they were more likely to be known as the new Travis.

For, despite the undoubted success that Martin and company have achieved, there seems to be an equal amount of people who think Coldplay are the epitome of everything wrong with modern music. They’ve become a byword for ‘beige’ and ‘bland’, accused of writing some truly terrible lyrics, and of sticking far too closely to a certain musical template.

Those accusations can be both harsh and fair. For all of Martin’s undoubted ability with a tune, his lyrics have often been found wanting (lest we forget that Coldplay’s last album contained the lyric “you make my heart go boom a-boom boom”). There’s also a deep philosophical conundrum that posits the theory that if a Coldplay song doesn’t have a tinkly piano and a chorus that goes “Woah-woah-woah”, then does it really exist?

So, many people may be a bit surprised by Everyday Life. Other Coldplay albums (namely Viva La Vida and Ghost Stories) have been trailed as being ‘experimental’ but they just ended up sounding like Coldplay. This new album, however, genuinely seems to plough new musical furrows. That’s not to say the band have suddenly discovered trap rhythms or that Martin has decided to cover Sunn O))) songs on a ukulele. But there are some genuinely surprising moments on this double album, which is split into two half-hour discs, entitled Sunrise and Sunset.

Indeed, when people hear opening track Sunrise, they could be forgiven for thinking they’ve put the wrong record on, as it’s a short orchestral instrumental. Deeper into the album there’s some gospel singing on BrokEn, samples about police violence, and none other than Swedish pure pop powerhouse Max Martin. And, admittedly, a fair bit of tinkly piano and terrible lyrics.

The four year break from A Head Full Of Dreams has obviously done them the world of good though. They sound refreshed, revitalised, and on their best form since Viva La Vida, even if the quality does vary throughout the record.

What’s surprising about Everyday Life is how many tracks feel like half-finished sketches. WOTW/POTP is simply 70 seconds worth of Martin singing into his phone while playing around on his guitar, while Bani Adam is another short, inconsequential instrumental. Cry Cry Cry is a bit more substantial, but the fact it sounds like a tribute to ’50s doo-wop makes it seem more of a novelty than was presumably intended.

The fully formed songs fare better. Arabesque is easily the best thing they’ve done for years, a big, swaggering workout featuring both a Fela Kuti sample and Kuti’s son Femi Kuti contributing a horn arrangement – there’s even a saxophone solo that recalls none other than the exhilarating Sons Of Kemet. Trouble In Town, also, is genuinely startling, beginning hushed and quiet and ending with a sample of a cop in Philadelphia shouting abuse at a black pedestrian. While there’s a touch of ‘white saviour’ about the lyrics (“they cut my brother down, because my sister can’t wear her crown”), it’s an undeniably powerful moment.

Orphans, on which Max Martin receives a co-production credit, isn’t quite ‘Coldplay meets Britney Spears‘, but it’s the most unabashed ‘pop’ moment on the record, while Champion Of The World is probably the most typical ‘Coldplay’ track, even if it does feature a surprising co-writing credit for the late Scott Hutchison (it sounds nothing like Frightened Rabbit).

While they’ve mixed up the musical styles, Martin’s lyrics still have the potential to make one cringe. Guns is a well-intentioned anti-guns message, with lines like “all the kids make pistols with their fingers and their thumbs” while Martin drops the F-bomb a few times, which makes him sound a bit like the cool teacher at school swearing to sound like one of the lads. The closing track too lapses into cliché, with lines like “everybody dreams and doubts, got to keep dancing when the lights go out”.

Yet lyrics have never been Martin’s strongest suit, and it’s the diversions into different musical styles which impress the most on Everyday Life. Whether it be mass choral vocals on When I Need A Friend or the minimal piano ballad Daddy, there’s a refreshing refusal to sit back on their laurels.

In fact, there’s a case to be made that, if there ever was to be a Chris Martin solo record, this could very well be what it sounds like. Sometimes Everyday Life’s restless quality can be its strength, at other times it makes the album sound unfinished. It does mean though that it’s resulted in Coldplay’s most interesting album for many a year.