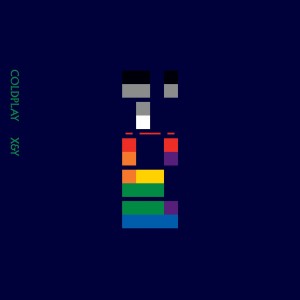 Difficult though it is to pity a band whose last album sold 16 million copies and counting, it must be tried. Their label, EMI, was in a tizzy about profits when X & Y, Coldplay‘s third album, was delayed.

Already the reasons have passed into musical folklore. Some 60 songs were dumped and producers replaced, and that’s before we even begin to discuss Oscar-winning actress wives and fruity babies. One would almost believe Chris Martin had turned himself inside out to make this record.

So now it’s finally here. Do they stick to the tried-and-tested formula of the last two records in a marketplace where Everybody Sounds Like Coldplay Now, not least Keane and Athlete? Do they take the Radiohead route of revolution? Could they even evolve Coldplay’s signature sound without throwing babies (fruity or otherwise) out with the bathwater?

The first noticeable difference from their previous work is that, for once, Martin’s lyrics aren’t only singalong but actually make sense. There’s still much about puzzles puzzling him, poor thing, but much of the record devotes itself to love songs. It must be that Oscar-winning wife as muse, bless. His trademark cracked voice is on fine form too.

This evolution into the lyrically personal doesn’t change Coldplay’s basic quiet-loud sound. Their blueprint for songs has always seemed to fit them to big spaces – think Yellow – but opener Square One is the first indicator that these songs will come to dominate stadiums. With a coda bow to Pink Floyd, it begins a collection of 13 songs full of hooks, many courtesy of the impressive Jonny Buckland’s guitar. “Part of a system I am,” sings Martin. What system? Capitalism, one assumes, with fair trade fluffiness attached. These are not songs for a specialist audience and he knows it.

White Shadows seagues via church organ into the hymnal Fix You, arguably the best song Coldplay have ever recorded. It’s closest in structure to A Rush Of Blood’s The Scientist, beginning quietly with Martin’s vocals over organ before giving way to vocal harmonies, piano and strings. But it ramps up to become the sort of anthem you need if you intend to be the galaxy’s biggest band. Clocking in at nearly five minutes, much of the song’s stirring middle portion is taken up by U2esque guitars (more of which dominate Low later) over call-to-arms drums before it peters back to the personal. It’s an obvious single (that longed-for Number 1?) and festival anthem.

Talk takes the central riff, unlikely as it may seem, of Kraftwerk‘s Computer Love and builds into an MOR ditty about being scared of the future. The title track that follows offsets Martin’s cracked vocals with strings, piano and atmospheric, reverb-heavy lead guitar work – Buckland again providing the most memorable musical phrases.

In Speed Of Sound, the lead single, Clocks-like drumming contrasts with synth sequences that remind more of Enya than rock music. And already it sounds familiar and far older than it is. But it should be remembered that much of A Rush Of Blood To The Head was in the same vein – annoyingly familiar even though it’d never previously been heard. Of such familiarity comes classic status – or contempt, depending on your point of view.

A Message and The Hardest Part sound like companion pieces, both big songs. The latter is one of the album’s best singalong moments, and there’s more than a hint of country lurking beneath the MOR surface. Swallowed In The Sea is better than both, with its theme of loved ones lost and found sounding like an eulogy for relatives lost in a shipwreck – once we get over some of the daftest lyrics of the record, beginning with the priceless “You cut me down a tree / and brought it back to me.” Stick with it – the rest is really rather sweet.

Parting shot Twisted Logic ramps up the stadium rock fader to a (relatively, this being Coldplay) dramatic conclusion and is set to be another live stormer. It’s followed by a contrastingly intimate bonus track, ‘Til Kingdom Come, originally written for the late Johnny Cash. Sadly, The Man In Black never got to perform it. It’s a simple, affecting, country-tinged piece of songwriting, with acoustic guitar and sober vocals at its core.

Music for the beige generation Coldplay may indeed make, and X & Y is far from experimental, but it nonetheless showcases a band demonstrating distinctive signs of evolution. The baby, far from being slung out, has grown and now needs a bigger bath tub. EMI can sleep easy. Squaring the circle of keeping that which is successful and moving onward was never going to be easy, but Coldplay’s formula is set to make X & Y the biggest album of 2005.