Coma – This Side Of Paradise 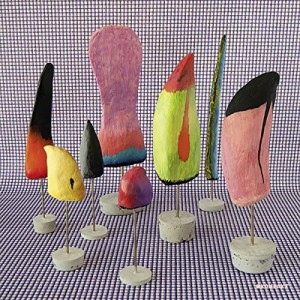 Coma comprises Marius Bubat and Georg Conrad, two Cologne-based dance producers who’ve been building a reputation steadily for the past eight years. Beginning first as regular performers on their native city’s thriving club scene, the duo eventually stepped away from their decks to compose a number of releases for the justly revered Kompakt label.

These intermittent 12-inch releases – collected on Kompakt’s unerringly tasteful Total series – fused techno, funk and synth pop in a variety of ear-tugging ways. Eventually, Bubat and Conrad put out a long-player – 2013’s In Technicolor – and now here comes its follow-up, This Side Of Paradise.

The new album was apparently put together in six months – a turnaround time that would be impressively quick for any musical act, let alone for those working in a genre that’s renowned for its meticulous attention to detail and slow-burn collaborations. Yet This Side Of Paradise sounds anything but rushed. The production is rich, detailed and cries out for playback on some eye-wateringly expensive headphones. But its speedy conception is also detectable in the album’s simple, accessible melodies. This Side Of Paradise is the sound of two talented musicians relying on their instincts and not overthinking things.

It’s a hugely enjoyable back-to-front listen. Opener Borderline immediately lets the listener know they’re in safe hands, as indecipherable vocals fade in and out of earshot as the tune builds gradually and compellingly. It’s followed by Lora, whose pitch-shifted vocals are redolent of Technique-era New Order. The Wind, featuring Berlin-based singer Dillon, is so soothing it could realistically end up on an anodyne ‘chill out’ compilation but deserves far better than that, while Pinguin Power is a mid-album instrumental palate cleanser reminiscent of Orbital.

The quality remains high across the album’s second half. Verse Chorus could pass for a Cut/Copy deep cut. Poor Knight is perhaps the album’s high point – an arresting mix of euphoric, house-style vocals and spindly guitars that sound like they were lifted from an early release by The Cure. The closing brace of tracks represents a comedown of sorts: listening to plinking number The Sea is like being lowered gently into a whirlpool bath, while the closing Happiness – featuring a wide-pupilled guest turn from MIT singer Edi Winari – inhabits the same blissed-out world as ’90s dance-pop act The Beloved.

To the uninitiated, Kompakt’s releases can occasionally come across as off-puttingly chilly – the musical equivalent of a glossy architectural magazine. But This Side Of Paradise deserves as wide an audience as possible: it sounds simultaneously pored-over and instinctive, and it never fails to entrance and entertain.

More on Coma
Coma – This Side Of Paradise