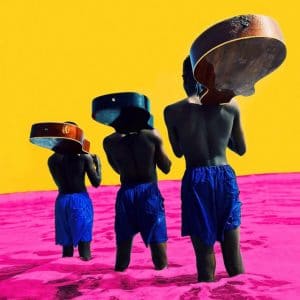 At this stage in his career, which itself is older than most rappers, Common’s presence is as comforting as a mug of cocoa, and he’s firmly in a soulful niche with his new album, A Beautiful Revolution Pt 2.

Although this notion of revolution might be a little tame – his praise for “a woman vice-president that went to Howard” will raise eyebrows amongst those familiar with Kamala Harris’ time as US attorney general – the details are buried in a record that focuses much more on good vibes and loving one another.

Much of attention has been paid from front to back on the lush, multi-layered production. From the LFO-addled guitar that strums under the monologue of Intro (Push Out The Noise), to the satisfying knock of Star Of The Gang’s boom-bap drums, the record sounds effortlessly eclectic, incorporating some of neo-soul’s best attributes with none of its indulgent baggage. Indeed, Star Of The Gang also has some of the most potent lyrics, with verses about the perils of street life and a defiant sung hook (“Everything is alright / I been through a lot but I’m fortunate / Feel it coming from all sides / Heavy is the crown but I’m passionate”)

When We Move is a spirited collaboration with The Roots’ Black Thought, who can always be relied on for flow and intricacy, over syncopated percussion, a smooth bass lick and guitar chords that wobble as if shimmering from heat haze. Imagine is another highlight of the album, with watery electric piano accompanying a series of aspirations that eschew John Lennon-esque abstraction in favour of the day-to-day.

It’s been a long and at times bumpy road, but Common raps with the calm contentment of a man who’s reached his destination, and it certainly sounds satisfying.