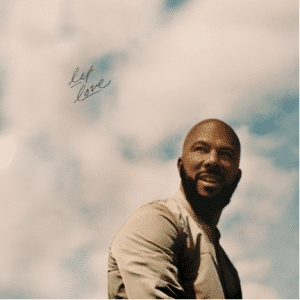 Over 25 years into a career one can hardly blame artists for becoming a little comfortable: whatever they’re doing is clearly working for a lot of people, and they’ve built up a reputation that negates the need to follow trends. Enter Common, whose 12th studio album Let Love is very familiar, and very safe.

Linked to the release of his memoirs, the album ruminates on various aspects of his life over downtempo neo-soul production that is mostly crisp but decidedly tame, with some help from long-time collaborators like Dwele and Jill Scott. Forever Your Love dwells on his affection for his mother (“they say we don’t get to choose our mothers / somehow I know our souls chose each other”) while his childhood experiences, from the nostalgic to the traumatic, are covered on Memories Of Home.

These aren’t bad song ideas per se, but the record as a whole becomes cloying through an overload of syrupy chords and Common stuck on motivational speaker mode. Fifth Story is a refreshing break from autobiography, a tale of adultery and deception featuring Leikeli47 which shows off their storytelling abilities, and on Show Me That You Love it’s a gorgeous piano solo that dominates rather than his lyrics, but these moments aren’t frequent enough to make the album diverse or particularly interesting.

On the best Common albums his thoughtful side is balanced out by either hard-hitting subject matter, such as Be’s The Corner, or more humorous, light-hearted concepts, like A Film Called (Pimp) on Like Water For Chocolate. Let Love is severely lacking in these – maybe due to the nature of memoirs, the self-aggrandising state of mind you need to write them – and it leads to the record feeling tedious and indulgent at various points.