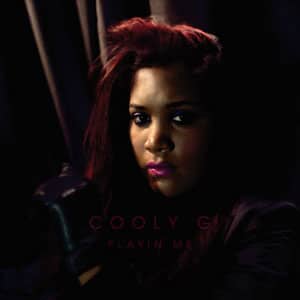 If there is one record label that has been at the forefront of shaping contemporary UK dance culture over the past decade, it is Hyperdub. Founded in 2004 by pioneering dubstep producer Kode9, it has become a mark of real quality in the genre of UK dance. The debut album by one of its leading luminaries Cooly G is a record that more than lives up to all those expectations.

Cooly G, real name Merissa Campbell, is a name familiar to followers of the UK dance scene, having put out a string of progressive and inventive singles and a number of impressive remixes over the past two years. Cooly G’s sound straddles all the disparate styles that make up UK bass music. The main sound is primarily funky house but it is Cooly G’s own slightly warped and unique take on it, with elements of dubstep, garage, dub reggae and a very British style of soul featuring throughout. Playin’ Me combines all of Cooly G’s influences, relentless ambition and invention into an album that represents all that is exciting about UK bass music in 2012.

Playin’ Me is a bewitching combination between straight up club dance music, although of the deep and intense kind, and a soulful and experimental dark pop sound. Opening track He Said I Said is a stunning piece of Massive Attack style electronica. Cooly G’s vocals are tremulously soulful as she delivers what is essentially a very simple song about desire. “You’ve got me thinking about you” is the main vocal hook but Cooly G’s real skill is taking that line and ramping up the tension and intensity to white-hot levels as the beats jitter, swell and rise. It is a sound that leaves you always on edge and, most importantly, enthralled.

Much of the material here is understated yet powerful. What This World Needs Now and previous single Landscapes are stunning pieces of music. There is a slightly strange ghostly vibe present almost throughout the album, with the songs floating along on a distended ethereal plane. The sense of mystery and portent is a key aspect of Cooly G’s sound and Playin Me’s strength. This is very much a record with a dark heart. A lyric from Landscapes sees Cooly G greeting the listener by saying “Welcome to my world” – an apt lyric indeed as you cannot fail to immerse yourself in this uniquely portentous electro sound.

For all that Playin’ Me is inventive and progressive and very much sounds like a 21st century UK dance record, it is also an album from which you can derive clear links back to touchstones of UK dance culture. The mix of breathlessly exciting beats, rhythms and grooves with soulful vocals almost sound like Soul II Soul reconfigured for the 21st century. And there is a rather incongruous curveball thrown in with a cover of Coldplay‘s Trouble. The vocals and main melody are faithfully adhered to but are given a shuffling dubstep style texture. It shouldn’t work, but the melancholic vulnerability of one of Coldplay’s finest songs fits very well with the intensity of Cooly G’s own emotive and dark tracks.

The album does lack that one real huge crossover track, and a few of the instrumentals pass by anonymously, but the final track, Up In My Head, is the album’s most explicitly overt dance floor track and a highlight. The synth sounds are warm and inviting, with Cooly G’s vocals at their most sultry and sensual. It is a wonderful piece of future garage that shows Cooly G can write a potential pop hit when she feels like it. A ray of light that makes a striking counterpoint to the intense mystery of what has gone before.

With Playin’ Me Cooly G has served notice of her supreme potential as both a producer and a songwriter on an assuredly excellent debut album that keeps up Hyperdub’s phenomenal strike rate.