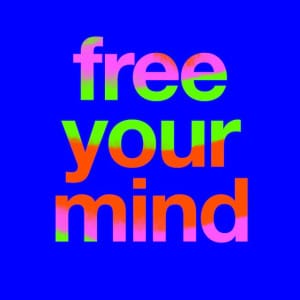 Back in 2004, when Australia’s Cut Copy released the great Bright Like Neon Love, few people seemed to notice. Even though tracks like Saturdays were pop songs steeped in the pop music of the ’80s, it wasn’t until 2008’s more dance-punk In Ghost Colours that the music-listening public started appreciating a band who could appeal to the body and mind equally. This wasn’t to say Cut Copy’s songs waxed poetic about wars and social ills; rather, within songs and within albums, the foursome took unexpected turns, pulsing up the beat when the song didn’t naturally call for it and scaling it back when listeners might have predicted it to explode.

By the time 2011’s Zonoscope rolled around, Cut Copy was a true, festival-ready live threat that recalled the raves of the ’80s with Corner Of The Sky and the darkness of Tears For Fears on tracks like Need You Now. For Cut Copy, versatility was the name of the game. Which makes the misguided, fake psychedelia of the middle of the road Free Your Mind all the more disappointing.

What’s most head-scratching about Free Your Mind isn’t its anti-smarts title, but its sound in context of frontman Dan Whitford’s aims: to rekindle the summers of love of 1967 and 1989, something that the band had already achieved so well with their post-Zonoscope live show. Instead of redefining the druggy atmosphere of those summers and letting the music speak for itself, Whitford and company, throughout Free Your Mind, employ hokey psychedelic sound effects that wash his voice over. Case in point is the title track (actually one of the better songs on the album); hearing Whitford moan “Free your mind!” through waves of noise is cliche at best and eye-roll-worthy at worst. Meanwhile, We Are Explorers, whose only interesting aspect is its background noises that range from Animal Collective-lite to acid house, just plods along. Even listening to its all-too-brief timbale breakdown, one of the more noteworthy moments on the album in general, is a boring experience in comparison to listening to the glistening breakdown of, say, Pharaohs & Pyramids.

Moreover, while in the past Cut Copy’s longform material was at the very least interesting and often thrilling, the longer tracks on Free Your Mind don’t merit their own length. We Are Explorers and especially the The Orb-like acid house of Let Me Show You are static. To think that Cut Copy last left listeners with the 15-minute Sun God, a track that traveled to more places than all of Free Your Mind, is ludicrous when taking into account Let Me Show You or the six-minute Meet Me In A House of Love, the longest track on the record. While the latter’s ’90s house beat is certainly energising, the fact remains that Cut Copy never used to simply be satisfied with a great beat and let a song repeat itself for six minutes. Tracks like Meet Me In A House of Love might be guilty pleasure club or Top 40 jams if they had choruses and were edited a bit, but they’re instead mediocre dance tracks.

In sum, Cut Copy used to make pop songs that didn’t pretend to be anything else, and were all the better for it. Now that they’ve consciously tried to make something that says something (essentially tackling the philosophy of Primal Scream’s Screamadelica), they come across as pretentious. But from goofy interludes to unwelcoming, slow basslines, Free Your Mind is both a mis-step and a step backwards for Cut Copy. While their venture into psychedelia was a failed experiment, everything about Free Your Mind, from its title to its monotonous songs, is undeniably lazy.