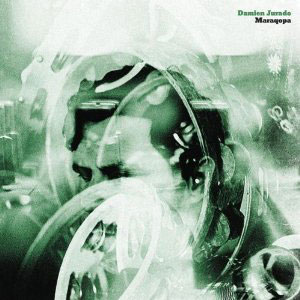 Few artists embody the notion of cult appeal more than DamienJurado. With a slew of albums, EPs and tour exclusive releases behindhim, the reserved Seattle songwriter is 15 years into a career whichhas almost made flying under the radar an art form. Steadfastlyfollowing his muse, encompassing found recordings and audio fragments,bleak acoustics and raucous indie-rock, he has borne the results withequanimity and constantly moved on.

Maraqopa is Jurado’s 10th studio album, the second incollaboration with producer Richard Swift following 2010’s StBartlett. That record was another quiet evolution of introspection,with strings soaking the songs, the mood roaming, even – whisper it -breezy at times. Maraqopa, however, hints that the wanderlust might beover, perhaps prompted by recent fatherhood. The domestic dominateslyrically – rooms, basements, lights, doors and gardens are allregularly referenced, and the everyday art to be found on his websitesuggests an exploration of internal space. Then there’s the title, onethat hints at settling in an idealised, dusty territory, with Damienduly rocking the South American moustachioed despot look in the smearycover photo. That is, we assume it’s him, but it’s difficult to betotally sure.

It’s a fitting image for the on-going musical redefinition that’smade plain from the outset. Nothing Is The News starts routinelyenough with a robustly strummed guitar, but soon heralds a change ofagenda, with the slow burning, ride cymbal-driven jam which followsblowing away any preconceptions of what Maraqopa should be. A fizzing,swirling bed of disembodied voices, spiralling samples and electronicflourishes provide the platform for extended, improvised guitar solosto counterpoint one other, reminiscent of Neil Young.

This, of course, just wouldn’t be a Jurado review without allusionto Young. Along with the uncompromising career arc, the similar nasaldelivery is also duly present, every inch the comfortable old armchairof a voice that is Young’s trademark. To extend the analogy, inworking with Richard Swift, Jurado might have now found his JackNitzsche. Maraqopa is clearly a more trusting and true musicalcollaboration, a record less about form but more in thrall to textureand presence, songs coloured in a new way. Where St Bartlett was therumoured product of a week’s work, the songs on Maraqopa have clearlybeen built carefully from the ground up, the results all the richerfor the purer collaboration.

Lest fans fret, Jurado’s trusty acoustic guitar is still involvedin proceedings, but often at a remove – either present at the start oftracks before fading in the mix or, where integral, the song itself isshoved to the end of the record. Jurado diehards may baulk atdiscovering that instead there’s white noise, a children’s choir, and aflirtation with bossa nova. Reel To Reel features virtually no guitar,bubbling along instead on juddering synth, glockenspiel and theincreasingly prevalent static, sounding like a stuttering diorama. Butfans should persist. Despite the obviously painstaking production, theresults here neither feel overwrought nor underwritten, more theproduct of a natural, homemade curiosity.

Subtlety is the order of the day; feet are placed with care. Whenthe threads come together, as on Life Away From The Garden and MuseumOf Flight, the results are irresistible. On the latter, Jurado forceshis voice through the gears to a croaking, wounded falsetto refrain of“I’m so broke and foolishly in love”, set over tremulous guitars andstately synths. It’s an unalloyed joy. Maraqopa is, at times, asumptuous sigh of a record, the sound of a man exploring a territoryhe’s earned the right to claim as his own.