by Martyn Young
published: 7 May 2012 in Album Reviews
Tweet 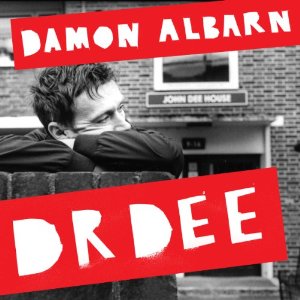 The breadth of Damon Albarn’s work rate and scope of his ambition has been widely documented over the last decade. He is an artist who incessantly strives to create and challenge both himself and his audience. Already this year he has reformed Blur for one more, possibly final, run and released an album with his funk pop collective Rocket Juice & The Moon, while combining that with production work for Bobby Womack. His role as Britain’s pre-eminent pop polymath is now surely assured. But one thing he has not yet done is release a definitive solo record.

Dr Dee, the soundtrack to Albarn’s opera about the life and times of English mathematician, alchemist and advisor to Elizabeth I, John Dee, that debuted at the Manchester International Festival in the summer of 2011, is not really it. But Dr Dee, like everything Albarn produces, is an extremely interesting listen.

Albarn describes the album as “strange pastoral folk” – a fitting description for its understated mix of baroque sounds, choral flourishes and gentle acoustic laments that are evocatively redolent of the Elizabethan times that Dee lived in. Dee has long been a fascinating person for popular culture. A brilliant but flawed character, Dee’s colourful life particularly his fascination for magic and the occult, proves to be fertile ground for Damon Albarn. Not only is Dr Dee an album about the life of John Dee it is also an album about England itself, a mythical England shrouded in melancholy. In that respect, it fits in perfectly with Blur’s evocations of a strange England in the mid ’90s and his work with The Good, The Bad And The Queen.

It is of course impossible to completely divorce the album from the opera it soundtracks but taken on its own terms there are some lovely Damon Albarn songs at its heart. Apple Carts is a gorgeous wistful acoustic track underpinned by an enveloping darkness in lines such as “In the kingdom of the broken hearts.” Lead single The Marvellous Dream is similarly gentle employing wonderful imagery of “Levitating youth around the may queen”. It is in these mostly solo Albarn pieces that Dr Dee is at its most compelling.

The album can broadly be split into two different parts. There are the more overt song based, largely acoustic Albarn tracks and there are the more theatrical pieces sung by the cast which feature all manner of strangeness. These tracks are no doubt intrinsic to the opera but shorn of the visual aspect the florid orchestral flourishes provided by the BBC Philharmonic Orchestra in Temptation Comes In The Afternoon and Watching The Fire That Waltzed are a bit of a struggle.

Despite the albums strong theme of traditional English folk, Albarn’s long held interest in African sounds is represented as well with guests including Malian Kora player Mamadou Dibate and legendary afrobeat drummer and long time Albarn collaborator Tony Allen. These splashes of different sounds that they provide give the rolling, rudimentary bongo rhythm of 9 Point Star and primitive groove of Preparation an entirely different and welcome dynamic.

Closing track The Dancing King is perhaps the albums finest moment. A solo Albarn piece featuring nothing more than his plaintive cracked voice and some gently plucked guitar it is a spine tingling end to the album. Albarn’s voice swells and soars beautifully before dissipating into an outro of sweet bird song and the English countryside. The exploration of John Dee’s life ending in pastoral beauty.

Dr Dee may be a unique stand-alone subject but despite its at times challenging and dense sound, it is a record that fits perfectly into Albarn’s ever-growing catalogue. There are no Gorilaz-esque pop thrills or rousing Blur-like punk rock thrashes. But what you do get with Dr Dee is a fleetingly beautiful record that is baffling and bewitching in equal measure, and one that should inspire people to see the accompanying opera as it tours this summer.