Daniel Avery – Together In Static 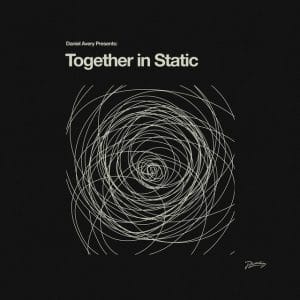 The coronavirus pandemic has been a terrible time for music makers on the live circuit, decimating schedules and revenue streams. It has however been gratifying to see the response of creative minds to their adversity, with new ways of performance and delivery explored. Some artists have taken advantage of the extra studio time they find themselves with, producing meaningful responses to the situation. With the release of Together In Static Daniel Avery ticks all the boxes, using an online gig as the impetus for the third long player bearing his name in the last two years.

It is a truly instinctive piece of work, beginning as a small pocket of live material for Avery to showcase as part of a global livestream from Hackney Church. The seeds took next to no time to germinate, the momentum of his work growing from a single 12” to an EP and then beyond. By the end Avery found himself looking at a substantial clutch of 11 compositions lasting more than 45 minutes, working as a whole or by taking each of the parts separately.

A sense of time and place is clear, the church making its subtle mark on the music. Angelic sounds are sustained throughout the clattering drums of Yesterday Faded, a stately chord progression borne on the wind as the rhythms beat like powerful wings around it. Nowhere Sound has a similarly weightless feel, though when heard on surround sound the beats provide the ballast to ground the music when required. The Midnight Sun closes out the album with an echo among the church pews, resolving some of the darker music we have heard into a pure and brilliant light.

Avery’s widescreen approach to beat making brings to mind two standout ambient artists from the 1990s, with elements of Future Sound Of London in evidence, as well as an occasional nod towards Aphex Twin. They make themselves known most explicitly on Fountain Of Peace and Endless Hours, though even here Avery develops his own style well beyond mere imitation. There is a reassuring ambience as the textures wrap themselves around the listener like a comforting blanket, while still moving incrementally in the background. There may be darker coloured moments, but the ultimate emotion is that of solace.

A Life That Is Your Own fuses both darkness and light, its bass sound complementing a far-off piano. It is a beauty, progressing on its unhurried way with a steady beat, locked into an orbit of reassuring steadiness. Hazel And Gold reaches similar parts with its use of a mottled peal of bells, a burnished construction with another of Avery’s slow moving progressions to steer it forward.

There is some extremely fine music here, Avery’s compositions fluid and alive. Together In Static shows the powerful, unifying force of music – the music itself providing alternate doses of comfort and serenity, ultimately finding rest from ever-present shadows around its edges. It is a special piece of work, reaffirming Avery’s position as one of the most consistent and exciting electronic artists at work today. We need to keep him under close observation.