Daughter – Not To Disappear 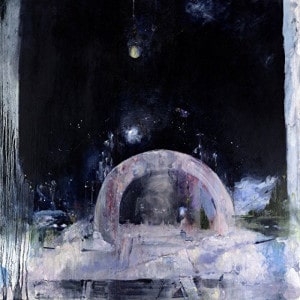 January may not be the cruelest month (TS Eliot decided that April deserved that honour) but it’s still pretty bleak: full of post-Christmas blues, cold, wind, sometimes snow, and in 2016, the sad loss of some of our most creative geniuses.

It seems somewhat appropriate, then, that January should be the month that London trio Daughter reappear with their second album, which almost seems custom-designed to soundtrack these bleak days of winter. Despite the sense of sadness that permeates through almost every track, Not To Disappear sounds like a huge step forward from If You Leave. Whereas that first album was full of fragile, skeletal arrangements, highlighting ghostly guitar lines and subtle beats, the dynamic on Not To Disappear is far bigger.

The arrangements may be more ambitious, with more emphasis on Remi Aguilella’s drums – at one point, Numbers becomes so frenetic it sounds like a less bombastic Florence And The Machine – yet the sense of intimacy that’s always made Daughter such a special listen remains.

There’s no better example of that intimacy than Doing The Right Thing, the heartbreaking single that appeared at the tail-end of last year. It sounds gorgeous, the sort of sound that you want to luxuriate in, until you realise that Elena Tonra is singing from the perspective of a woman with Alzheimer’s disease. Then, the song takes on a whole deeper meaning as you hear lines like “I have lost my children, I have lost my love, I just sit in silence, let the pictures soak out of televisions”. It’s an early highlight, although probably not one to listen to if you’re feeling at all emotionally frail.

It’s not completely depressing though: No Care has an excellent opening line – “No one asks me for dances because I only know how to flail” – before embarking on the sort of intensely frantic melody that you could only flail to. Alone/With You begins as a rather forlorn rail against solitude (“I hate walking alone, I should get a dog or something”), before slowly and majestically building up a head of steam until Tonra’s complaining about a unsatisfactory relationship (“I hate living with you, I should get a dog or something”).

There are moments that bring to mind Braids‘ latest album or the sort of sheer, swooning melancholy that Beach House do so well. How ebbs and flows, in a manner that recalls The Antlers‘ magnificent Hospice and To Belong sees Tonra in her best self-lacerating mood, with lines like “Don’t you think you’d be better off without me tied around your neck?”. Some may find it all becomes a bit too suffocating at times – by the time Fossa rolls around, you start to think that maybe you’ve heard this all before, as beautifully wintry as it can be – but the closing Made Of Stone harks back to the band’s début, taking the intensity down a notch: the calm after the storm, if you will.

Despite the dark emotions on display, Not To Disappear is the sort of album that can sound oddly comforting, one to which you can gaze out on a bleak and snowy landscape, while musing over January’s travails, and take some sort of solace in. That’s the sort of thing Daughter do so well.