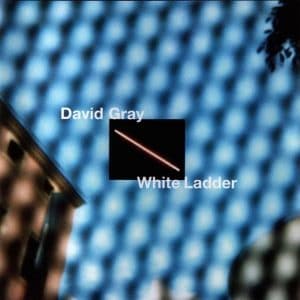 The success of David Gray‘s White Ladder has at least in part been due to word of mouth. So many people have bought it and told all their friends to do likewise; it is consequently of little surprise that it has been hanging around the top 10 of the album charts for some time.

Gray’s voice in places reminds one of Mick Hucknall’s, and the music sounds more like The Corrs without a violin than an indie effort. It is however pleasant background music, ideal for culinary soirees during which one doesn’t have to listen to repetitive choruses or basic synth and guitar chords.

Several songs on the album were written as part of the film score for This Year’s Love, a film starring the wonderful Kathy Burke. Film score sums it up best perhaps – an album of sweetly melodic incidental music that will not trouble your memory too much but is ultimately a well-produced, pleasant investment.