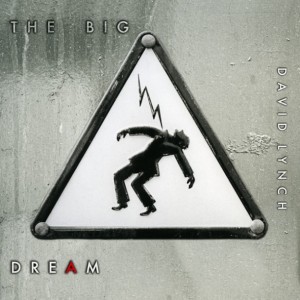 David Lynch is described by his record label as a ‘multimedia artist’, which is fitting in so far as it’s accurate but doesn’t really do him justice. Those who have had the misfortune not to encounter his work before are advised to do so immediately – a brief tour of his work on film will demonstrate why the world became quite so excited when it heard of his plan to release an album in 2011.

Crazy Clown Time, released in November of that year, was generally regarded as a success. It was weird, it was inventive, and it was extremely idiosyncratic. Everything, in short, that you’d expect from one of the strangest directors – sorry, ‘multimedia artists’ – around. Lynch’s second album, The Big Dream, is a very different beast – while still weird, it is a more musically consistent effort than Crazy Clown Time, overtly indebted to the blues, and despite the occasional flaw, it’s a treat.

The Big Dream rewards multiple listens. Initially, the atmosphere is so intense and the sound so murky that it’s hard to find much to hold on to. Opener The Big Dream is a scene setter – the cinematic quality of Lynch’s music has been repeatedly and predictably observed, but with good reason – offering little in the way of a hook or a groove: it really only serves to drop you into the middle of Lynch’s dusty, desolate and extremely American vision. It does a fine job of it, but it’s afterwards that the album really gets interesting.

Second track Star Dream Girl begins with a loping, lolloping beat and a clipped, functional guitar rhythm. Lynch’s opening croak – “Crank up that radio/Let me tell y’all a story” – is the perfect introduction: slightly hammy, entirely knowing, a little dangerous. What follows is a bizarre mix. Howling Wolf-esque guitar playing, full of groove, is regularly interrupted by an almost glam-rock chorus. Unbelievably, it’s all a bit sexy, not usually an epithet one would associate with Lynch.

The grooving, danceable element is retained throughout many of The Big Dream’s best numbers. Wishin’ Well sounds a little like an ecstasy trip in slow motion, and is the furthest away from the blues that the album travels. Say It slinks along in a panther-like manner – Lynch might not be the greatest guitarist or drummer in the world but his playing has an easy quality that sits oddly against the brooding and sinister nature of the music. Again, the spirit of Howling Wolf doesn’t seem far away. Sun Can’t Be Seen No More is a rolling stomp of a tune, and Lynch uses a filter to obscure and scar his voice to an almost terrifying degree.

The cover of The Ballad Of Hollis Brown and collaboration with Lykke Li will attract attention upon release. The former is disappointing. Lynch may have been guilty of an error of judgment when he decided to turn an already-bloated Bob Dylan tune into a dirge. The result feels like filler. Conversely the purity of Lykke Li’s vocal on I’m Waitin’ Here is an interesting way to round off the album – it initially promises to wash away the blackness of the album with its melancholy lilt, but in the event carries enough of its own drama to sharpen the album’s aftertaste. Lana Del Rey can only dream of achieving the same gravity. Lykke Li’s contribution is a near-perfect addition to The Big Dream, a thoroughly decent album from start to finish.