Death Grips – The Powers That B 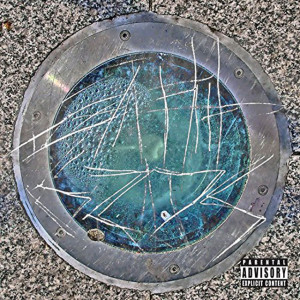 Perhaps Death Grips should read The Boy Who Cried Wolf. It appears that the band who cried done are not. The band who went to the trouble of writing a statement of their demise on a napkin and posting it on Facebook are not, in fact, finished.

Nothing is sacred these days. If you were being cynical, you could suggest that this is just the latest in a long line of actions which you can chalk up to Death Grips being Death Grips, alongside leaking their own album days before release or taking a more phallic approach to their cover art than the high street, were it sentient, would choose.

It could even be the first thing that Death Grips have done which could even make commercial sense – setting aside hanging out with Robert Pattinson. Although, the old split-n-reform usually needs more than six months between the two events to properly work.

It leaves you feeling a bit guarded about The Powers That B. It doesn’t help that the fact that the first disc (Niggas On The Moon) is not the finest thing Death Grips have ever put their name to. There are moments – Say Hey Kid has a tense, pulsating build and the glitchy cut-and-shuts of Voila and Big Dipper are a fine chance for Stefan Burnett to demonstrate his lyrical guile in something other than an enraged below – but its overarching impact is kind of low.

There’s less of Zach Hill’s percussion; percussion that sounded like an octopus in an oil drum rolling down a hill. There’s less visceral invention in Andy Morin’s samples and production. Instead there’s a certain sense of ‘will-this-do?’, a criticism you could never previously level at, of all people, Death Grips.

However, the second half, Jenny Death, is better. A lot better. It’s perched far closer to the edge of apocalypse, a pinhead upon which Death Grips seem far more at home. I Break Mirrors With My Face In The United States is an utterly deranged demonstration of the band at their best: frenetic, explosive and totally uncompromising. Elsewhere both Turned Off and Why A Bitch Gotta Lie sound like someone burying an arena-rock band under several tonnes of concrete, steel and industrial techno, to hugely engaging effect.

Given that most of their career seemed to be pointing towards their ultimate implosion, getting back together is probably the most unexpected thing that they could have done. It’s another twist in a tale which has been by turns exhilarating, hilarious and exasperating. Regardless of what comes next, regardless of whether The Powers That B is the last Death Grips record, or just the last until the next, there’s no doubt the world is a more exciting place with Death Grips railing against it.