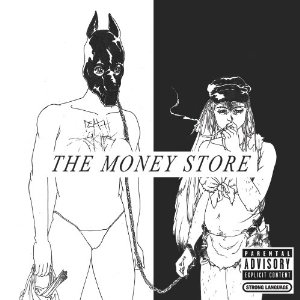 Death Grips occupy an area outside of the musical landscape, revelling in a bleak wasteland that is nearly impossible to define. One could attempt to categorise their sound into a neatly packaged genre – hardcore punk-rap mixed with a “fuck the norm” attitude – but that would be beside the point. Death Grips don’t want to be classified. They prefer to be as far removed from the mainstream as possible. Ironically, it is this angst against mainstream which will probably lead them into it, as evident by their Coachella appearance and the fact that their album is coming out through a major label.

As difficult as their hardcore, unrelenting sound is to define, it is far trickier attempting to decipher the lyrics of front man Stefan Burnett. Other than occasional obscenity, he is nearly impossible to understand. Thus to delve into the band’s motivations one must look online. That too doesn’t make for an easy read. Take, for example, the following extract for the band:

“The point (of Death Grips’ music) is to help ourselves maintain, by generating raw energy and the feeling of self-empowerment for our own survival and to maintain our mental health.” (credit: http://coolehmag.com).

It’s all very serious and assuming. You won’t find any humour in their philosophies or music. The focus is on creating a sense of intensity and tension that isn’t released until the final sample concludes. That being said, Death Grips pull it off with an ease that similar artists strive for but never attain.

The most obvious comparison with Death Grips comes in the form of Odd Future. Given the band’s presence and delivery, however, you could safely assume that Death Grips would devour Tyler, The Creator and co and keep their bones in the fridge to munch on for the next day.

The Money Store takes a few tracks before the obscure sounds begin to connect dots. It begins hardcore and stays so throughout. However there are tracks that flow with a more logical structure, such as Hustle Bones and Double Helix. Certainly it’s far from an easy listen, and only those familiar with their earlier catalogue will be able to pick it up right away.

The simple fact about Death Grips is they will divide audiences. Some will take to their hardcore pandering. Others will scuttle back to their FM radio stations. The only way of finding out (let’s get all cliché, shall we) is to listen for yourself. You’ve been warned.