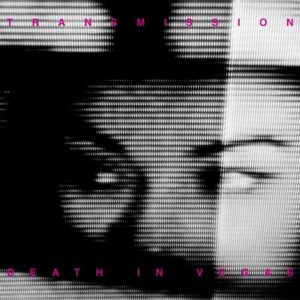 Ponder if you will the murky twilight world of Death In Vegas‘ Richard Fearless; a stranger to daylight in his crimson velvet cocoon deep beneath the streets of the metropolis. A clock ticks the wrong side of midnight as our ‘fearless’ author concocts another brew of psychedelic club-based paranoia while flicking idly through a vintage jazz mag as a mind-bending Italian horror film plays soundlessly in the background.

Ushered in clinging to the underbelly of the ‘big beat’ dance conglomeration in the ’90s that also featured Fatboy Slim, The Chemical Brothers and even The Prodigy, there was always something a tad sleazy and subversive about the ventures of Fearless and Steve Hellier (soon replaced by Tim Holmes) that set them apart from their peers.

They named their first album Dead Elvis and filled it as though it were a grab-bag of genres before settling on playing with the palette of grimy electronica, minimal techno, krautrock and psychedelic imagery. This was before breaking through with The Contino Sessions, Dirge and the swaggering Aisha, featuring the lupine yowl of Iggy Pop narrating murderous intent over a primal scuzzed-up guitar and dance loop. From there on in there were guest vocalists aplenty, including Primal Scream‘s Bobby Gillespie, sometime Oasis modface Liam Gallagher and the singular Dot Allison. And then all these were dispensed with for Satan’s Circus and 2011’s Trans-Love Energies.

The 11-minute gestation of opener Metal Box – a sly reference to Public Image Ltd? – unfurls its waves of drone before the central keyboard riff is revealed before being tweaked, processed and held central like a mantra. It’s a defiant piece that sets out the intent of Transmission; no ‘hit’ singles, no ‘guest’ vocalists and a bloody-mindedness of concept sadly lacking in the attention-deficient quick fix of modern music creation.

Making use of just one vocalist does lend Transmission an undoubted sense of coherence, but when their abilities appear to be a range that consists of repeating one-word statements swamped in ‘snap echo’ like Alan Vega in Suicide it becomes a monotonous one-trick pony. Sometimes it works, as on the title track, which threatens to burst forth into Donna Summer’s disco-tactic I Feel Love, with repeating riffs rubbing themselves raw without ever ‘breaking through’ for the longed-for denouement. Consequences Of Love features Grey’s breathy tones murmuring lost in echo about ‘reflections of infatuation’ as the music phases and peaks, while weaker tracks such as Mind Control appear to be an exercise in tedium with tuneless squelches, beset with insistent beats and catatonic vocals bordering on irritating. A similar fate befalls the generic instrumental Sequential Analog Memory, a track that leaves no lasting impression.

Incidental instrumentals Flak and Strom respectively give Transmission the requisite spatial distance from the encroaching Grey vocals. Flak majors on a descending motif and hypnotic, albeit dull repetition, while Strom spirals up from the darkness before the onslaught of You Disco I Freak.

Unlike the vaguely pastoral Trans-Love Energies, Transmission positively relishes the claustrophobic smog it creates to the exclusion of any other atmosphere. It seems a blinkered record, which can be admired for its defiantly non-commercial stance. It won’t win Fearless any new fans, and may distance Death In Vegas into more of a cult concern. All well and good if that’s the intent; otherwise, perhaps it’s time to draw the curtains, get some vitamin D and thumb through that ‘guest vocalist’ address book.

Death In Vegas MP3s or CDs

Death In Vegas on Spotify