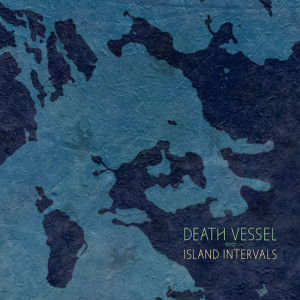 Joel Thibodeau has a beautiful voice, there’s no doubt about it. His record label, Sub Pop, will tell you. His fans will tell you. Pretty much anyone with ears that function correctly will tell you. His frail, melodious tones engender moods of intimacy and tenderness, draped as they are across sympathetic, hypnotic music. Pastel-pale breathiness and airy pastoral vibes are utilised to superb effect by Jónsi, Bradford Cox and Ólöf Arnalds – each of whom construct various soundscapes to either supplement or mask (in Cox’s case) their unique voices and subtle intonations.

It’s somewhere between those three that the blissful, elevating pastoral music on Island Intervals fits. It’s the kinship with and help from the leader of those Hopelandic star-gazers that brings about most of the album’s high points: Joel, like Jónsi, constructs a very textural backdrop for his own voice, which works to sublime effect on opener Ejecta, where a wheezing harmonium/pump organ sound, buzzing guitar and shuffling rhythm in combination with the vocals makes an ethereal, funereal vibe found elsewhere on Sigur Rós’ Við Spilum Endalaust.

Island Intervals’ USP is that the album was helmed by Alex Somers and Jónsi, with help from Samuli Kosminen (Múm) and Thorvaldur “Doddi” Thorvaldsson on percussion, and was recorded in Reykjavík… So, in all, the post-rock/folk traditionalist version of The Idiot or Lust For Life. It seems as though Thibodeau has fully immersed himself in the experience – he’s completely at home in various sonic utopias, and crafts a sound befitting of the standard set by the already-established canon of Scandinavian dream-music.

Jónsi pops in to blend his voice with Joel’s on Ilsa Drown – a song released late last year as a taster for the project. Their voices have strikingly similar qualities, but Jónsi, by his sheer vocal presence, distracts the listener, reminding them just how far his sound has reached (Sub Pop, no less). The track itself is a plaintive, bare guitar ballad backed by various post-rock accoutrements – electronic fuzz; occasional, militaristic percussion; cymbal washes and bright piano.

Triangulated Heart is amongst the most delicate, warm songs here (or anywhere) – it has a delirium-inducing dream-like quality, the title becoming a mantra that serves as a chorus. The evocative, nostalgic quality of the music on this track is effective, the listener often becoming captivated by the scope of the sound. A highlight is Mercury Dime, particularly the call-and-response vocals and delicate rhythm built around brushed snare and ringing percussion.

Island Intervals is a glossy, dreamy album with great songs and a greater story, but the problem of its identity persists: it’s hard to figure out where the Sigur Rós influence ends and the Death Vessel album begins. Nevertheless, as pretty much anyone will tell you, this sound hits more than it misses.