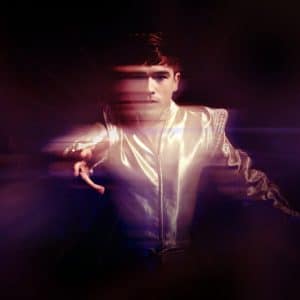 Since winning the 2015 Emerging Talent Competition at Glastonbury, Declan McKenna‘s reputation for producing politically driven songs has grown. He’s taken on FIFA over football corruption on the song Brazil, and challenged the government over their foreign policy on British Bombs.

For Zeros, McKenna escaped the pressures of his native London for Nashville and, for the first time, recorded an album with a live band. McKenna has once again penned his analytical thoughts on the world, offering his outlook on the effects of an anxiety-infested, social media driven society, and turned a mirror back on the community it has created.

There’s a frenzied feel on You Better Believe!!! And Rapture, but reflection is found on the piano led, David Bowie inspired, Be An Astronaut, where there’s even a nod to Robbie Williams‘ Angels – the live band aspect really shines through on what is a colossal composition. McKenna explores how in the age of the internet, even the most complex of subjects have been trivialised and social standings have been levelled out.

Daniel Is Still A Child is full of energetic fuzzy indie pop with a backdrop of the pressures of finding your way in a world dominated by social media: “Daniel, you did it, you made me cry. You spent 10 days in bed when I asked you why. And requested my whereabouts through tweets, Darling, why do you bury yourself in sheets?”

The spirited lead single Beautiful Faces is described by McKenna as “a brave new anthem for doomed youth”, with his perception on the intimidation of Instagram and television programmes like Love Island. Structurally it’s a big song. “Beautiful faces smiling over us, Lift your hands up and lead us back home, Beautiful people won’t remember you, honey, I bet you can’t get enough,” McKenna declares, enhanced with backing singers, with the raw indie guitar capturing McKenna’s mood.

The album rolls towards a crashing close with Eventually, Darling. McKenna expresses the sense of departure, as things change pace once more. Here he demonstrates the notion of social media being a place in which to share pain and suffering, when in fact this does not reflect reality. “Whether it’s a death or whether it’s someone leaving or getting lost or being abandoned, people give up and people change, or the world and society changes, and we can’t change with it, but we act like we’re trying,” McKenna explains.

His debut album What Do You Think About the Car? was built on social commentary, with the likes of Brazil and Paracetamol’s hard-hitting messages delivered with juxtaposing jangly indie pop. It was a smooth and natural arrangement, of which British Bombs was another prime example, flashing along in joyful android mode while McKenna talks in horror of those dying at the hands of politicians. But this new release slips mooring away from this format, and feels more disjointed. Even in the title of You Better Believe!!! frantic feelings come over. McKenna aims to switch up the compositions to match his messages, and the results are varied. It’s no secret that he is a big admirer of Bob Dylan, Nick Cave and Bowie, and like them he attempts to express his views of the modern world through crafting stories, not buzz words.

There isn’t a challenge or an attack on an organisation or a group this time, rather a broader concept concerned with addressing the way in which we live in a world of multiple realities, social media and ‘fake news’. Whilst the accessible flow of his debut may have dimmed, McKenna’s concerned yet hopeful outlook on the world has not. Musical diversity has been embraced to better reflect his character, whilst a positive tone remains, even when he’s examining negatives. No longer is McKenna a teenager emerging at Glastonbury, he is someone for the generation he speaks for to listen to.