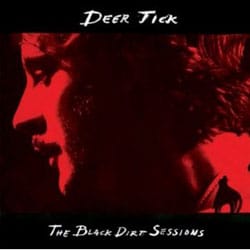 Easily one of the frontrunners in the 2010 World Irritating Vocalist Championships, Deer Tick’s John McCauley makes it extremely difficult to critique his band objectively. It’s always an unwelcome distraction when a singer’s voice involuntarily compels you to spend the whole time trying to work out why on Earth they sound the way they do, and on that front, sadly, McCauley takes the biscuit.

Listen to the man talk and there’s nothing remarkable to comment on; his speaking voice is the kind of standard northern American English (Deer Tick are Rhode Islanders) that, in this increasingly globalised world of ours, we’re all so used to hearing. But as soon as that speaking morphs into something ever-so-slightly more tuneful, it’s a different story. No longer sounding like an extra from Friends or a CNN anchor, McCauley adopts a ridiculous grizzled, Southern growl; 100% gravelly, 100% ragged and 100% contrived. Fake singing voices can work for some people (Marc Bolan, Morrissey), but McCauley isn’t one of them. His is forced, grating, unneccessary and – most importantly – detracts from the music.

Ah yes, the music. So what’s it like? Well, it starts out promisingly enough. Opener ‘Choir of Angels’ kicks off with an appealing, silky smooth gospel organ intro lifted straight from Bob Dylan‘s ‘Like A Rolling Stone’, before proceeding into a listenable, if unremarkable, country rock shuffle, marred only by McCauley’s pompously over-strained vocal chords. Unfortunately, it’s quickly downhill from there. Aside from all-too-brief diversions in the raucous ‘Mange’, an energetic slice of roots rock and roll with a frenetic, solo-laden climax bearing more than a passing resemblance to The Rolling Stones‘ ‘Sympathy for The Devil’, and a competent (if more than slightly unneccessary) remake of epic, piano-driven paean ‘Christ Jesus’ which first appeared on their slightly more lively d�but War Elephant, the entire album is given over to drippy alt-country and pedestrian, mid-tempo southern rock revivalism. And boy, does it get tired quickly. Reportedly, the Tick are famed for their chaotic live shows, but after one listen to Sad Sun you’d be forgiven for wondering if their press officer has got two completely different bands very confused.

The real problem with the album as a whole is that it’s just no fun. Deer Tick are McCauley’s band, and both the group and The Black Dirt Sessions exist solely to serve as a vehicle for his po-faced, over-sincere storytelling. Consequently, this is, by-and-large, a resolutely – and often unbearably – serious record. Clearly, the moustachioed frontman is trying to make some kind of grand statement, but it’s difficult to work out what that statement could be. �He’s playing at being a cowboy – ‘Goodbye, Dear Friend’ is a farewell to a companion killed by dodgy moonshine, ‘Piece by Piece and Frame by Frame’ sounds like a modern interpretation of an Old West murder ballad and the narrative of ‘Blood Moon’ clearly takes place on a darkened prairie – but never once does he sound like he’s enjoy himself doing so. Some kind of message about the brutality of days gone by, perhaps? Possibly; although probably not. It usually sounds more like: “Pity me! Do you have any idea how hard it is to be pretend, olden-days John McCauley?”

One of the luxuries of not living in days gone by is you can look back, pick and choose the best bits and leave the darker side – its hardships, wrongdoings and general misery – well alone. And judging by the mood the misanthropic Mr. McCauley seems to be in for most of The Black Dirt Sessions, he’d do well to do a bit more of the former, and a hell of a lot less of the latter.