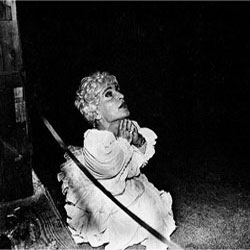 On Halcyon Digest, Deerhunter sound as if they’ve been caught in the act of evaporating into the walls, perhaps to creep by daylight like the tormented narrator of Charlotte Perkins Gilman’s The Yellow Wallpaper. So thick is the elemental haze and smokiness surrounding their music that the album often feels as if it’s being transmitted simultaneously from the past and the future, picking up noise and effectual detritus along its path. But under all that fuzz and smoke, there’s quite obviously some brilliant pop songcraft on display.

It’s difficult not to think of Deerhunter as Bradford Cox’s band – and in many ways, this is a largely accurate assumption. Certainly, Cox situates himself prominently in the band’s sound, channelling his influences and swanning in the slanted spotlight. Among those influences, Cox has cited My Bloody Valentine, Echo & The Bunnymen, and any number of Motown artists. All of this factors prominently in the band’s sound, and the Motown influence rears its head surprisingly at times, creating unexpected turns from otherwise straightforward shoegaze and ambient post-punk.

But as they’ve grown over the course of three full-length albums – and, indeed, as they very nearly disappeared from the blogosphere that so loved to discuss them at length – Deerhunter have proven themselves to be a cohesive unit. There’s certainly no escaping the fact that guitarist Lockett Pundt penned the album’s standout track, Desire Lines, which bounds and shimmies through an extended guitar outro that feels like it just may go on forever, flattening anything in its path. This is neo-psych at its best, sounding largely timeless, and echoing with reverberated and unrequited longing.

Halcyon Digest opens with an electronic drum loop slowed down until the individual beats sound at risk of being torn apart in a binary vacuum. Earthquake goes on to grow slowly, but in rapid progression, like a flower pedal opening in time lapse. It sets the ambient mood for the rest of the album, coming across as sombre and introspective. Don’t cry is all fuzz and lo-fi greatness. Revival brings a plucky banjo into the mix, but still manages to thump with Motown soulfulness.

Basement Scene lifts portions of its melody from the Everly Brothers classic All I Have To Do Is Dream, but channels them through something akin to ’90s Sonic Youth or Yo La Tengo. Helicopter spins slowly, coming off as the most radio-ready pop song on the album (if the radio were interested in bands like Deerhunter, that is). Here, Cox and company reveal themselves as well-versed students of popular music, and amid its splashy drum effects and harpsichord weirdness, this one’s a gem.

Coronado features a genuinely surprising, and delightfully long-playing saxophone solo. Cox’s vocals sound run through a guitar amp, and they flirt with Julian Casablancas style disaffection, but by the time the sax solo comes round and Cox mirrors the melody with his dejected humming, those sorts of comparisons are easily forgotten. And the near eight-minute album closer He Would Have Laughed leaves things off with a gradually devolving look at ’60s pop and swelling synth strings. It all falls apart and ends abruptly, and as soon as the album’s ended, you’re convinced it’s time to revisit it from the beginning. Halcyon Digest is a triumph of multilayered nuance, and repeated listens reveal its genius buried just beyond the obvious.