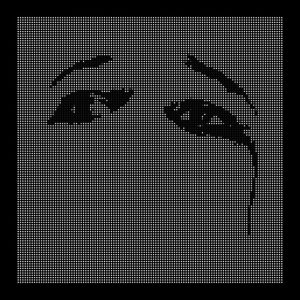 As the only band to make it out of the nu-metal vanguard with their integrity and fanbase still intact, Deftones have weathered more storms than most bands of their vintage. Despite forming in 1988, Deftones released their first album 25 years ago in 1995, and haven’t stopped pushing forward – refining and experimenting with their particular blend of alternative metal ever since.

Ohms is Deftones’ ninth studio album, and their fourth with bassist Sergio Vega, who replaced the sadly departed Chi Cheng in 2009. Cheng, who joined the band in 1990, died of complications from a car crash in 2013 after lying in a comatose state for five years, and his absence is still felt to this day. However, the fact that Deftones have made almost as many albums without Chi and as they did with him is important: this is a band that thrives on stability, and they seem to be growing stronger with each release. Ohms is easily the best release they’ve made since Vega joined the band – with Vega joined by founding members Chino Moreno on vocals and guitar, guitarist Stephen Carpenter, drummer Abe Cunningham and 1998 joinee Frank Delgado on electronics.

You could attribute the success of Ohms to the undeniably adventurous spirit Deftones bring to each album – they’re as comfortable drawing from Soundgarden as they are from My Bloody Valentine or The Cure – or their relentless drive to better themselves with each album. While some fans will always have their favourite Deftones album (White Pony being the most popular), it’s becoming increasingly difficult to distinguish what their best album is, especially when they’re in form as hot as this.

Ohms opens with the monstrous, epic Genesis, which begins with a sedate, tranquil haze of ambient keyboards before building to an enormous tidal wave of noise that threatens to engulf the listener at any moment. The track, which recalls the emotional intensity of earlier tunes like Rosemary, is indicative of the journey to come. Ceremony, which follows, combines a rubbery nu-metal rhythm with an elegant Goth melodrama, showcasing the full range of the band’s abilities as sonic set-dressers.

The band then take a hard left into thrash metal with the opening few bars of Urantia, which has some of the crunchiest thrash guitars since the genre’s heyday in the late ’80s. Of course they don’t hang around for long, and only pop up in the chorus, but their impact is felt throughout the track. Error is the first track that recalls the band’s late-’90s sound, and it’s sure to provide a clean hit of nostalgia for fans that have been around since the early days.

Moreno alternates between caustic howls and soothing cleans in Radiant City, while the band thrash away behind him. They’ve become masters of alternating between rough and smooth, and it’s no coincidence that Moreno’s screams are closer to Frank Black’s than, say, Phil Anselmo’s. Much like the Pixies, Deftones are equally adept at dealing with the harsh sounds as they are the sweet ones.

The rest of the album, including the surreal Pompeji and the dizzying title track, just proves the band’s mission has been successful – they’re yet to hit a stumbling block in their career, and their commitment to trying new combinations of sounds and forging new hybrid genres has paid off time after time.

It’s hard to express to people who aren’t metal fans just how inventive and surprising this band’s discography has been. While Slipknot have mastered the art of blunt-force thrash mayhem with their death metal-infused take on the genre (and taken it to the top of the charts worldwide), no band has done more with the original template of nu-metal than Deftones. It’s an amazing feat to transcend the genre that birthed your success, but an even more impressive thing to transcend traditional notions of ‘genre’ altogether. There’s a reason why Deftones are called ‘the Radiohead of metal’, and with albums like this it’s easier than ever to see what that reason is – they are one of the most creative, forward-thinking bands on the planet.