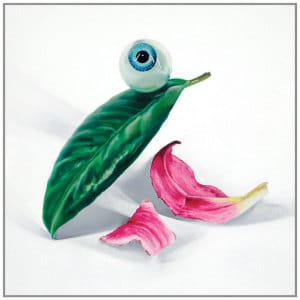 Night is a prerequisite for listening to Petals Have Fallen, the second release by hip-hop artist Kieren Gallear under the moniker DELS. It’s one of those albums that yearns for the presence of city lights, which is quite fitting given its roots in the urban underground. Gallear’s album is a sure addition to the deep hip-hop clime, despite some production issues. The beats are more than decent, and any fans of Wiley and Darq E Freaker’s most recent releases should find a bit of love here.

Gallear is well-placed on hip-hop label Big Dada. Their best traits are demonstrated on Petals Have Fallen: the former’s grimy, dank and concentrated milieus are matched by the polyrhythmic electronic faculties of the latter. Opening track Limbo is a great example, having the quiet stage-setting presence of Illum Sphere’s Liquesce and the atmospheric synths of Emika’s Dem Worlds. Ninja Tune alumnus Bonobo makes an appearance on Pulls, and his icy electronica textures are well matched by Kerry Leatham’s ethereal background vocals.

Gallear’s flow hearkens to the upfront, brash delivery of gangasta rap artists such as Eminem and Ludacris. He’s not nearly as aggressive – or violent – but he does have that straightforward delivery. Tre Mission similarly delivered on Stigmata; the two have much in common, which is partially owed to their status as labelmates. However, Gallear’s beats and instrumentals are downtempo by comparison: both You Live In My Head and Burning Beaches are slow enough to rival the quieter tracks on side two of Massive Attack’s Mezzanine. The majority of the seven minute title track has bpm barely faster than a resting heartrate, but that won’t dissuade the head from nodding.

As with Massive Attack’s early output, Gallear’s music exists in a smoky world of moving bodies and meditations on meaning. Lost For Words all good for dancing and getting down hard in the club, but listen past the deep bass and you’ll catch a few lines such as “I just wanna say you aren’t alone in the dark / and we’ll miss you,” or “it’s like I’m lost at sea. The track is packed by intense statements on loss with a powerful beat that’s designed to trick the listener into getting lost in the dance rather than in the words. Outkast pulled a similar trick on Hey Ya!, and while Gallear is not André 3000, he is just as aware.

Gallear’s presence on Big Dada belies his industrial influence. It’s quite fitting, given the subject matter. RGB has an abrasive backbeat that makes lyrics “just exposing a few fears / downing a few beers / let’s have a toast to the young years” far more antagonistic and desperate than when initially beheld. Gallear is pretty hot for imagery too: the same song’s refrain of “dripping all the colors of my mind / let the colors just drip / drip” is evocative on its own, but it’s made better by the reverb on the final “drip”.

The percussion is highly compressed on a few tracks – almost as much as Zach Hill’s live drumming on Death Grips albums – and it’s at odds with the rest of an otherwise fantastically produced release. Pack Of Wolves has little in the ways of dynamics, so the rhythms just bounce off the ears rather than stick. Compare it to the moody Burning Beaches, featuring Rosie Lowe: there’s simply a lot more in the way of space.

Petals Have Fallen is one of the most original hip-hop releases of the year thus far, having a solid awareness for what moves the body while retaining the introspective attributes that characterise the best of British urban music. It is excitement sans pummeling; many hip-hop artists believe loudness is the key to a strong beat, but Kieren Gallear shows that quiet can be just as – if not more – powerful.