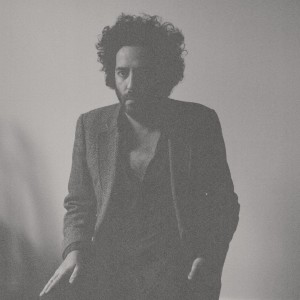 Canadian singer-songwriter Dan Bejar has been releasing albums under the name Destroyer since 1996. The most recent of these, 2011’s Kaputt, was a luxurious, addictive blend of Bejar’s trademark cryptic witticisms and the smooth sounds of AM radio circa 1980. Kaputt was outstanding album and a fashionable one, too. Its reappropriation of AOR tropes chimed with a number of similarly feted albums released around the same time, from Metronomy’s The English Riviera to Bombay Bicycle Club’s A Different Kind Of Fix.

This was mere happenstance. After all, no one could accuse someone who opened one of his best albums (2006’s Destroyer’s Rubies) by barking the words “Duelling cyclones jacknife / They got eyes for your wife and the blood that lives in her heart” of being careerist. And, true to form, Bejar has sought to distance himself from Kaputt’s success in the press for its full-length follow-up, Poison Season. “Kaputt just happened to line up with a certain zeitgeist or vibe that seemed to click with 2011, but that’s something that will only happen to me once”, he said, going on to describe Poison Season as “a strange mashup of 20th century classical and, like, Destroyer At The Sands” (the latter a reference to a Frank Sinatra live album).

If that sounds unappealing, fear not. Poison Season isn’t a deliberately difficult follow-up to a breakthrough album: its 13 songs comfortably match Kaputt’s easy melodicism. That said, Bejar’s description of the album is accurate. The album flits between jazz- and glam-inflected rock songs and distinctly theatrical numbers that sound like fragments from an abandoned Destroyer musical.

Muted trumpet and saxophones dominate Poison Season, just as they did on Kaputt. On Dream Lover, the horns are unleashed on a deliriously noisy E Street Band-style banger. Matching it for catchiness the album’s centrepiece Times Square (one of three versions of the song, the other two being the elegiac, string-laden tracks that bookend the album), which sounds like a lost classic from the ’70s rock canon. The rambunctiousness of those tracks stand in stark contrast to moody numbers like Forces From Above and Archer On The Beach. The former sets apocalyptic imagery against an ominous backdrop of pizzicato strings and tablas, while the latter seems ripe for a Nick Cave cover version.

Those are the more conventional Destroyer songs on Poison Season. At the more theatrical end of the record’s spectrum are Girl In a Sling, Hell and Bangkok, all of which one could imagine Bejar performing under a spotlight on a stage, perhaps pulling off some ‘jazz hands’ during the songs’ jauntier sections. On the Leonard Bernstein-esque Bangkok, Bejar casts himself in the role of ‘Sonny’, a jaded bon vivant who’s casting a rueful eye over his hedonistic past: “I’ve been around the world / worn a million pearls…” before switching to a place backstage, in the chorus line: “Hey what’s got into Sonny?”

Lyrically, Poison Season is a touch less sardonic than Destroyer’s past work. Girl In A Sling and The River are sympathetic character sketches; on the former he offers reassurance (“Girl I know what you’re going through, I’m going there too”); while the latter tells the tale of a malcontent who “despises the direction the city is going in” and ends up in “a windowless room on the outskirts of town overlooking the river”. Consequently, there’s a relative lack of the kind of ear-pricking zingers that have been catalogued on the Twitter account ‘Shit Dan Bejar Says’ (although Dream Lover’s “Oh shit here comes the sun” is a possible contender).

“I really despise pop music these days,” said Bejar recently, tongue positioned somewhere near his cheek. “I can’t have people walking away humming songs.” Sorry, Dan: you’ve failed on that count. Poison Season is another excellent Destroyer album, packed with songs that are graceful, beautiful and, yes, hummable.