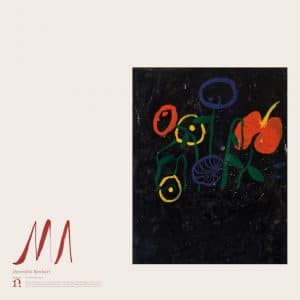 The tenth album from Devendra Banhart opens with him singing the lines “Is this nice? Do you like it?” and after listening to the thirteen songs that follow it’s hard not to answer very much in the affirmative.

Ma is said to have been inspired by the perspective and role of a mother and some correlation can undoubtedly be drawn between this and the set of delicate, finely trimmed, airy, soft-pop confections that make up the album. It sees him continue to work with long time musical collaborator Noah Georgeson so it’s not a surprise that the gentle retreat into musically softer, shapelier territory is continued here. The muted, lo-fi quasi-psychedelia of his early work has largely been replaced by mellow, contented songs and while it may take a couple of plays to fully establish itself it’s very much worth investing time in.

Sonically, it has a notable consistency and poise with the quirkiness of his early albums now having given way to more conventional approaches. Kantori Ongaku is dedicated to Haruomi Hosono of the Yellow Magic Orchestra and is one of the early standout tracks, in possession of gentle melodies and appealing musical arrangements. Memorial sees him lament how he wishes someone could have attended their own memorial over a gentle acoustic guitar waltz. “I wish you had been at your memorial, see someone proposing on stage”. Carolina is svelte and delectably enunciated, very much representative of the easy-listening tone that runs through the album.

Along the way glimpses of musical influences emerge – a waft of Lou Reed, an undercurrent of Lee Hazlewood, a soupçon of Marc Bolan but it’s all neatly tied together in Banhart’s own updated personal style. Ami is an example of the cleaned-up, warm sophisti-pop that he excels at, Abre Las Manos brings mild tropical inflections to the mix and there’s a pleasing insouciance to Taking A Page which (with permission) appropriates a line and melody from Carole King‘s So Far Away. October 12 and The Lost Coast may be a little lightweight but Now All Gone sees him exert himself more with help from Cate Le Bon on backing vocals. The mischevious My Boyfriend’s In The Band is the sole throwback to earlier times, the most overtly ‘rock’ moment on the album (well, as much as possible for a song initially built on what sounds like an undulating bassoon line). It closes with the lavishly orchestrated Will I See You Tonight, with Vashti Bunyan on backing vocals, which helps confirm Ma as a shimmering palette cleanser of an album and arguably his strongest set of songs since Cripple Crow.