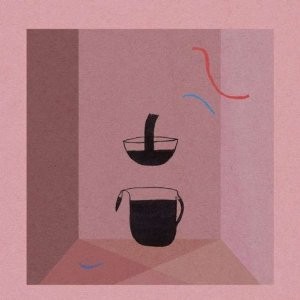 A decade ago, Devendra Banhart emerged as the de facto torchbearer for the then-burgeoning freak-folk movement. Bohemian communalism, world-spanning musical styles, multilingual lyrics, big bushy beards, robes and boots, borrowed houses, found sounds, and the healing power of crystals all featured into Banhart’s aesthetic then, and on his eight studio album – and first for Nonesuch –  those elements are still present, but considerably subdued under a layer of polished vintage synthesizers and thumping bass.

This time out Banhart and his longtime bandmate, guitarist Noah Georgeson, recorded the album and played most of the instruments themselves at Banhart’s home in Los Angeles on an old thrift-shop Tascam recorder. The pair knew that most of their favorite early hip-hop albums had been recorded on the Tascam, and they looked to work some of that sound into Mala. The result doesn’t sound anything like a home-recorded album; so far removed is it from the weirdness and unexpected charm of Smokey Rolls Down Thunder Canyon, for instance, that on first impression, it would be logical to jump to the conclusion that someone at Nonesuch dropped a lot of money on studio time for this one.

Overall, Mala is a subdued album of laid-back tunes unlike anything Banhart has done before. Gone is the off-kilter production, which Banhart attributes to always using “the oldest equipment we could find.” Gone is the spastic exuberance in Banhart’s voice, which has now settled into a comfortable, crooning baritone. And there’s nothing nearly as fun as Shabop Shalom or as hard rocking or or expansive as Seahorse to be found here.

Instead, Banhart gives us album opener Golden Girls, in which he sullenly encourages the listener to “Get on the dance floor,” with a halfhearted refrain, as if he’s never wanted anything less than to dance right now. But somehow, there’s a mysterious pull here, as if Banhart’s dance floor is unlike any other on earth, swirling and dim-lit and populated with the fantastic, well-dressed, free-loving outcasts of the Los Angeles underground. Elsewhere, on Daniel, though, he finds himself “Waiting in line to see Suede play.” There’s a sense that the mundane and the ethereal are mixing here, as when on Never Seen Such Good Things, Banhart croons that he has “Never seen such good things go so wrong / and everywhere we turn they’re playing our song.” Breakup mundanity, perhaps, but somehow it gets at something fundamental in the human experience.

Musically, Mala has a cohesive sound accentuated by a powerful, thumping low end and washing (but not overpowering) analogue synths. Banhart and Georgeson prove themselves masterful at creating a mood and letting it twist in the wind. The Ballad Of Keenan Milton is a vintage-inspired classical guitar fingerpicker, overlaid with sirens and the distant echoes of decades as they slip past the screen door. Won’t You Come Over (“I just can’t wait to consecrate this wondrous mess.”) is My Girl soul mixed with something akin to a hip-slung Jim Morrison looking for love and trouble on an all-night bender. The Spanish language tune Mi Negrita captures longing late-night stumbling jaunts along the beach with a beautiful stranger, while Your Fine Petting Duck somehow blends German discotheque dance washes and pulses with the naïveté of 1950s teenage songs of doo-wop angst.

It’s a fantastic trick that repeats itself throughout Mala, and while the highs aren’t quite as high and the lows are quite a bit lower than they have been previously in his career, Mala might just be the grown-up album Devendra Banhart has been waiting a decade to make. It’s a satisfying, mystifying, well-imagined album that bears repeated listens in the grass under slowly passing clouds. It’s an album that takes you by the hand and assures you that wherever we’re going, you just might not ever want to go back home.