Devendra Banhart – What Will Be Will Be 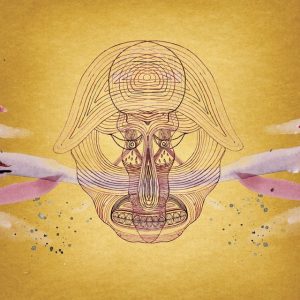 With the long beard, the hippy threads and the unconventional name, Devendra Banhart has always seemed like an artist set slightly apart from the 21st century. His earlier releases have seen him acclaimed as something of a torch-bearer for the “Weird Folk” movement. This, his seventh album (mightily prolific for a singer/songwriter of only 28 years of age) seems unlikely to change many of those preconceptions.

In describing how Banhart’s music sounds, one comes up against an immediate difficulty, specifically, in his magpie-like capacity for hoarding and shuffling a wide range of different musical styles. This is an album that brings to mind, in places, everything from Cat Stevens (Angelika) to Mungo Jerry (witness Can’t Help But Smiling, with its very close resemblance to In The Summertime), from Roxy Music (as acknowledged by the title of 16th And Valencia Roxy Music, reminiscent in parts to Love Is The Drug) to T-Rex (Banhart’s vocal in many places is very close to a straight-out imitation of Marc Bolan‘s).

Banhart’s vocal is similarly varied. As well as the aforementioned Bolan tribute, he can also sound warm and sincere, or smooth and suave, the latter more so when he sings in Spanish, as he does on a couple of tracks, or parts of tracks (Angelika, Brindo).

To further unsettle (or even befuddle) the listener, there is also his tendency to switch pace, tempo and indeed sometimes even the language used, all within a single song. Most changeable in this way are Angelika and, particularly, Chinchin And Muckmuck, which starts out with a slow-and-smoky late-night club vibe, then perks up and becomes another song altogether, before mutating once again before the end.

Much of what is being sung about here seems to be either trippy-hippy surrealism (“I’m gonna braid exotic birds into your hair”) or childishness (“travelling by choo-choo train”, “singing clang bang bang”). The outlook is generally positive, if occasionally cloying.

At best, these songs have a naivety that is rather charming, as on the album highlights Can’t Help But Smiling, Foolin’, and 16th And Valencia Roxy Music. For too much of the time, however, their laid-back nature tips over into mundanity, making too high a proportion of the tracks just a little boring. The album’s pace also sags badly in places, with Last Song For B, Maria Lionza, Meet Me At Lookout Point and Walilamdzi failing to stand out from each other or furnish much in the way of excitement to the listener.

One can’t escape the feeling that, for a writer and performer of Banhart’s undoubted talents, this album sees him rather treading water, and failing to match the originality of his persona with correspondingly original or engaging material. Something of a misfire.