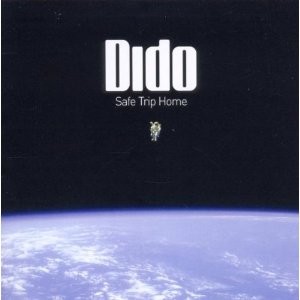 Nobody can accuse Dido of being in a rush. It’s been, would you believe, nearly 10 years since her debut album No Angel was released and she’s only on her third record now.

In that time, she’s been pilloried as the voice of safe, cosy middle of the road music – ironic really, considering she first found fame on Eminem‘s classic stalker tale Stan, hardly the very essence of coffee-table domesticity.

Yet it’s fair to say that, in the five years since the release of Life For Rent, not much has moved forward musically for Dido. In fact, play Safe Trip Home back to back with Life Is Rent and you’d swear they’d been recorded at the same time – full of morose ballads that barely rise above a polite trot.

Much of the accusations levelled against Dido are unfair – she does have an extraordinarily lovely voice, full of tenderness and vulnerability. And when you learn that much of the album was recorded as her father was dying, it lends the sombre tone of many of the tracks here an altogether more poignant undertone.

Grafton Street, in particular, is enormously affecting. Co-written with the seemingly ubiquitous Brian Eno, it deals with looking after someone who’s terminally ill, throwing in lines such as “No more calling friends from the car saying ‘I don’t know when I’ll be there but I’ll do my best to come’…No more letting you warm my hands, no more trying to take it in” which perfectly sum up the heartbreak of such a situation.

The addition of producer Jon Brion is another winning move. The man who’s worked with artists as diverse as Fiona Apple, Kanye West and Aimee Mann is a good foil to Dido, building up some gorgeously swelling string sections around tracks such as Look No Further and Let’s Do The Things We Normally Do.

The pop suss provided by Dido’s brother, Rollo Armstrong of Faithless, is still present – it’s easy to imagine Don’t Believe In Love or It Comes And Goes seeping out of clothes shops up and down the land for many months to come.

The sheer sorrowful nature of the record though, although perfectly understandable, weighs it down somewhat. With each track sticking to a particular mood and pace, it’s easy to tire of the album about halfway through – a problem not helped by Dido’s voice which, as beautiful as it can be, doesn’t have the greatest range to it.

The appearance of cult Brooklyn DJ and singer Citizen Cope‘s gruff tones on Burning Love make a nice contrast with Dido’s more measured voice, but the song itself is a bit colourless. Closing track Northern Skies meanwhile badly outstays its welcome, plodding away for nearly nine minutes – an almost guaranteed cure for insomnia.

Yet the many millions who made No Angel and Life For Rent will no doubt find much to love on Safe Trip Home. As for everyone else, if you’re willing to throw off your prejudices, there are several moments here that show there’s more to Dido than the bland songstress image she’s been saddled with. If only she’d show it a bit more often.