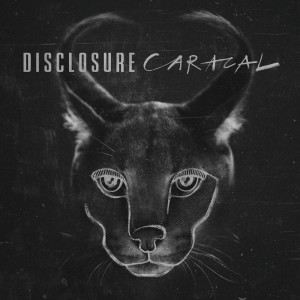 If you’re a dance act with two successful albums, you’ve definitely made it. This is largely because, with dance music tending to have a shorter shelf life, second albums rarely live up to the hits and promise of the first. So can Disclosure follow up the massive success of Settle with something equally alluring?

The initial signs are strong. As the loping beat to Nocturnal makes itself known, a glossy production is revealed – and at the top is The Weeknd, whose vocals lead a paean to the delights of the small hours. Sam Smith is back again too, and in Omen he reprises the guest role that catapulted him towards fame in 2012. It is a deliciously slinky groove, but Smith’s vocals find the vulnerability beyond. “You were waiting, I was vacant, you left before my eyes and it hit me, You’re relocating and I need you by my side,” he sings, the familiar falsetto complemented by deep beats and the strong tang of the smoke machine.

You’ll gather from this that Disclosure Part 2 begins as a star studded production, front loaded with heavyweight guest appearances. Gregory Porter is third up, Holding On a curious song that initially sounds as though it ought to have a different bass note, but then making sense with repeated hearings. The baton passes by way of Lion Babe and Kwabs to Lorde, whose smoky contribution to Magnets is one of the best here, a sultry vocal that gets a warm breath of synthesized accompaniment. It is to Disclosure’s enormous credit that the different singing styles hang together, and that they manage to exploit the qualities of their guest vocalists without compromising their own distinctive style. Theirs is a versatile production, the slightly jumpy beats creating nervous energy and movement that is complemented by the lush, cinematic backdrops that give the music an urban expanse.

The natural assumption is that the quality threshold should drop as the celebrity appearances dry up, but this is not the case. Although the album proves to be too long, clocking in at a weighty hour and a quarter, the duo build on their convictions, their confidence no doubt stoked from the success of Settle. Echoes looks set to deliver a healthy dose of UK garage from the turn of the century but still sounds thoroughly contemporary, giving out a good and memorable chorus. Molecule has a satisfying if pretty languid bounce to it, while Good Intentions goes for a slightly slower groove, one that retains an edge with its slightly stuttered deliver. It is only Bang That comes up short, a kind of house response to Akon’s Smack That that is undeniably catchy but falls firmly into the ‘Marmite’ category. Some will like it, others won’t – but at least it’s not bland.

What Disclosure have done really well here is kept with the style that has rightly made them huge, honing their songwriting skills further in conjunction with a group of very well chosen collaborators. Caracal, then, passes the test – and with its success Disclosure become fully paid up members of the rare club that admits dance producers with more than one good album.