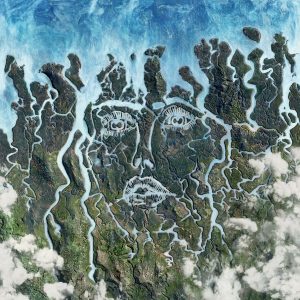 Disclosure are not your everyday electronic act: an era-defining debut gave way to a decidedly difficult second album in 2015, with deep house fatigue surely a big factor, since when, up to this point, they have been on semi-hiatus.

Every now and then a producer credit would pop up, or a scattering of standalone tracks, but fans were under the impression they were meant to be waiting for something. Now it’s here, a third album called Energy that is clearly meant to solidify their place in the ever-changing world of house music. And it achieves just that.

With the album’s title track the Surrey duo return to Eric Thomas for some motivational speaking, which would come off as slightly desperate if the frenetic samba rhythms didn’t more than make up for it. The syncopated synth chords are surprisingly stark and simple for an act whose lush pads and R&B-inspired progressions have adorned countless tracks, and it’s more reminiscent of Mele’s Holding On remix than anything the group has done before.

My High is abrasive, exhilarating, and an absolute banger, Aminé and Slowthai’s vocals fitting perfectly with the tune’s bullish beats, while Who Knew with Mick Jenkins is a foray into futuristic UKG with those signature pads and vocoded harmonies that are simultaneously warm and uncanny. Ce N’est Pas strips everything right down, just a groovy one-bar ostinato, some slightly retro drum machine percs and Blick Bassy’s easygoing performance, but with a good house tune that’s often all you need, and so it is here.

Disclosure have always had an attention to detail in their production that gives the songs that much more depth, be it the irresistible breakdown one minute from the end of Douha (Mali Mali) or the fluttering arpeggios that populate closing track Reverie. And in this respect, as well as songwriting, structure and guest selection, they’re back like they never left.