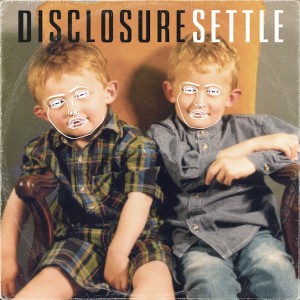 In 2001, The Strokes were hailed as the saviors of rock ‘n’ roll after a period in which the music listening public was worried that the beloved genre had died. As it turns out, they weren’t part of some greater revival along with The White Stripes and The Hives, but were a set of skilled young musicians and songwriters who were able to produce a great rock ‘n’ roll album that many now consider a classic.

Now, with rock ‘n’ roll back in full swing, as 2012 and even more so 2013 has been a great year for brash punk and heavy metal, those still mulling over LCD Soundsystem’s 2011 dissolution and the fact that Daft Punk’s new record, even if great, doesn’t really fill their computerized dance music needs, are ostensibly turning to young UK classic house duo Disclosure to be the new saviors of dance music. And while Disclosure’s debut album Settle is certainly not an instant classic (only time will tell if it ends up being a, um, regular classic) and Disclosure are in no way saviors of dance music, it’s a solid throwback dance record that isn’t original or forward-thinking but would have sounded great in the ’90s alongside Homework, The Chemical Brothers and Basement Jaxx. And just like those other albums and groups, Settle also sounds great now.

The best tracks on Settle are the singles and the most buzzworthy tracks. While the four-on-the-floor beat, synths and climax of more surprising tracks like F For You add to an already soulful classic club sound, it’s the musical manifestation of hype White Noise, featuring up-and-comers AlunaGeorge, that truly stands out along with When A Fire Starts To Burn. With an irresistible ’80s rave sound and a couple sassy lines from Aluna Francis – “If you wanna play tough / then let’s get rough” and “You just wanna keep me on repeat and hear me crying” – White Noise is a perfect bubble-gum pop track that does absolutely nothing new and doesn’t need to, because it’s catchy enough to find itself on the charts right alongside When A Fire Starts To Burn.

Even if Settle quiets the unreasonable expectations surrounding it by offering a solid collection of smart dance tracks, some songs do not fully live up to the hype: Defeated No More featuring Friendly Fires’ Ed Macfarlane is a disco soul track that at first echoes some of Holy Ghost!’s best and most danceable tracks, but drags without enough build and variety over its many minutes. The same goes for Stimulation, which features an inspired turn from Lianne La Havas but, just as the recent tracks from another one of Disclosure’s musical predecessors (The Orb) do, stays too firmly within its own pre-established comfort zone. This is what plagues Settle in general: if anything prevents it from being an instant classic, it’s that it’s simply not risky enough to be a game changer.