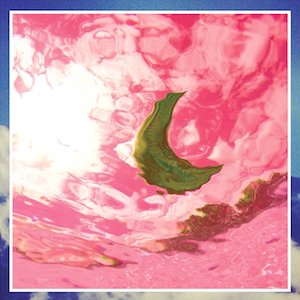 Three albums in, and the music of Django Django is as recognisable as ever. In pop, the ability to get your own identity and hold on to it, in spite of your surrounding peers, is surely a good thing. Yet on their second album the quartet threatened to lose sight of this in the quest for musical exploration, and while they could not be faulted for trying something new, a bit of essential DNA and focus was lost.

Marble Skies tightens everything up again. The renewed, lean sound is brought into sharp relief by vocals from Vincent Neff that speak again of pure enjoyment – and, perhaps tellingly in the title track, sing ‘take us as we are, we have gone too far’. Rhythms bounce around freely, the ‘60s and ‘70s-influenced guitar riffs patter across the picture and occasionally dazzle with their virtuosity, while the drum fills keep the nervous energy at its height, rhythm powering pretty much everything the band do.

Make no mistake, this is an outfit that can really play their instruments, as anyone who has seen them pushing for and reaching high notes and complicated guitar licks on live TV will testify. Yet Marble Skies is not athleticism for the sake of it, and brings some memorable songs to the fore. The excellent 1-2-3 at the start of the album is hard to beat – the title track and its call to arms, then an unexpected slower number (Surface To Air) that sashays around in the company of Rebecca Taylor from Slow Club, and then Champagne, with its curled bass riff, airy vocal and catchy chorus.

So far so good – and if anything it gets better. Tic Tac Toe throws off the shackles with intoxicating vigour, and while In Your Beat keeps the devil may care attitude to rhythm, Neff’s held vocals introduce tension, the band tightening the screws.

Musically Django Django have elements in common with a few current acts – Foals, Vampire Weekend and, occasionally, Kasabian to name just three – but the sound is ultimately unique. Only occasionally do they miss the mark, and Beam Me Up, a heavier excursion into big beat territory, is less successful. The band are at their best when light on their feet, quick on the draw like an agile flyweight boxer.

With this return to first principles Marble Skies brings everything good about Django Django back to the front of the stage, and the temptation to move at least two limbs to their music becomes ultimately irresistible. Heard live, this is music that will have sweat running down the walls of the venue, and this raw energy transmits from club to studio and ultimately headphones.

The quest for musical exploration should continue for sure, but if that happens hand in hand with this renewed focus and lack of padding then Django Django will be even harder to beat.