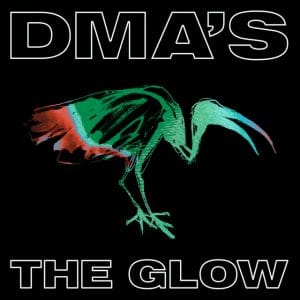 Following a high-profile support slot on a Liam Gallagher tour, Australian trio DMA’s are likely to enjoy substantially more exposure for their third studio album The Glow, finally here after being postponed for three months. For a band entrenched in Britpop comparisons since their 2016 debut Hills End, the album also marks a notable shift towards electronica, not least because of the influence of revered UK producer Stuart Price (Pet Shop Boys, The Killers).

The band “wanted to push their boundaries” with their third release, perhaps having become stale to their guitar-based Britpop similarities and, for the most part, the guitars here are shoved down the mix and at times barely audible at all. As a result, they start to tread that very thin line between poppy ‘boyband with instruments’ and their more familiar indie rock band core. Thankfully, though, they’re still some way away from ‘boybands without instruments’.

Comparisons have been made in tenfold with Gallagher’s old sibling-led band Oasis but, aside from the rockier Hello Girlfriend, there’s little of that remaining here, the electronica presence banishing those sweeping statements emphatically. Instead, The Glow draws on a more recent era than the mid-’90s, although mid-period New Order likenesses – a band renowned for being able to expertly mould both electronics and guitars together – pop up during second single Life Is A Game Of Changing before evolving into a more euphoric, rave-based pumper in the vein of The Chemical Brothers.

Opener Never Before does again hint briefly at the ’90s, channeling those Madchester vibes, but the likeness doesn’t last long, with sparky electric guitars and Tommy O’Dell’s vocals helping to provide a more overall feel of Delays or The Boxer Rebellion – dream-pop with an edge, you could say. But the amount of catchiness going on here, as well as being stamped all over The Glow, is impressive with tracks like Strangers utilising this to good effect as a gloomier bassline and less pop sheen create a more satisfactory ‘alternative’ cut contrastingly filled with vibrant, up-tempo optimism.

A bubbly synth backdrop during closer Cobracaine reveals the new electronic direction more obviously as an older track gets a re-working, the result being something similar to another band Price has worked with – Keane – but without the piano. The title track recalls the same band but the poppiness feels forced, as if they’re trying hard to appeal, as does Criminals where you can’t help but feel there’s more mainstream desires battering at the door.

Ballads, though, fare better. Silver manages to tread that fine ‘boyband’ line yet kick out a dollop of Feeder-like pop-sensibilities at the same time in a hideously catchy manner whilst Appointment takes some obvious Doves-like sounds and wraps them in a sugary shell. Another ballad, Learning Alive, then recalls The Boxer Rebellion once again, with the inclusion of strings pushing the track towards a similar anthem-based plateau occupied by the London-based band as lyrics tell us, “I just want to hold it together”.

Moving from guitars to electronics isn’t a new move, more an inevitable one. Offering much more versatility with almost endless options when compared to the limitations of a six-stringed instrument is a subject that’s been covered many a time, and when used effectively you can have a hell of a leap forward on your hands. They might have been given a helping hand with that Gallagher tour spot, but on the evidence of The Glow, DMA’s are more than ready to stand on their own feet, with a sell-out show at the Brixton Academy having already confirmed. Welcome to the party.

More on DMA's
DMA’s – The Glow