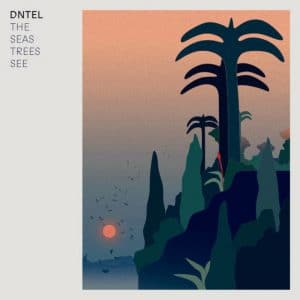 Jimmy Tamborello’s sixth album under the Dntel alias is infused with nostalgia, but not the trendy, stylistic kind per se. Instead it embodies a cosy idyllic feeling, which can be best compared to Boards Of Canada or Four Tet. The tunes are simple, the sound design is playful at points but generally restrained and minimalistic, and there are various references to folklore that keep The Seas Trees See feeling quaint.

The Lilac And The Apple (Remix) opens the record with a granular, vocoded rendition of the folk song by Kate Wolf, its incongruity guaranteeing the track’s place in a future Adam Curtis documentary. Is it a little gimmicky? Perhaps, and the vocal processing is put to better use on Fall In Love, but its instrumentation is poignant enough and the melody homely enough to be endearing.

Back Home is an enjoyable patchwork of piano snippets and insistent rhythms that fade in and out, while Whimsy features dinky, Colleen-esque arpeggiators and sliding synths, remarkably garish and stripped-back. The Man On The Mountain regales the listener with a tale of a hiking expedition gone awry over chugging synth pads, the kind of glitchy yet warm ambience which at one point in the mid-2000s threatened to become a fully fledged sub-genre.

Dntel freely speaks of these tracks as sketches and as such it feels pernickety to criticise structure, yet there does come a point where this non-committal approach grates. Yoga App and After All both cruise towards crescendos that ultimately go nowhere, a songwriting trick that short-changes the listener when repeated in this way, although the tracks still demonstrate a flair for texture and harmony.

The Seas Trees See invites us into the DAW of an artist living out a peaceful, contented existence, on an experimental voyage that certainly hits more than it misses.