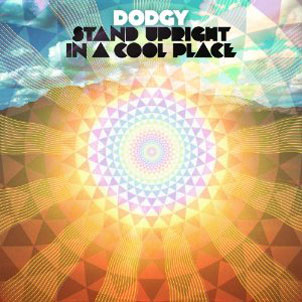 Back in the Britpop mid-’90s Dodgy were in their prime, releasing three increasingly successful albums plus several hit singles including Staying Out For The Summer and Good Enough. Presenting a likeable image of scruffy, campervan lads game for a laugh, their unpretentious, feelgood indie pop may have been a bit lightweight but their exuberant tunes made perfect summer holiday fare.

The Midlands trio split acrimoniously when singer/bass player Nigel Clark left to go solo but after he reunited with guitarist Andy Miller and drummer Mathew Priest in 2007 – like the recently re-formed Stone Roses following a reconciliation at a funeral – the original line-up have now finally produced their first studio album since Free Peace Suite in 1996.

Recorded in Clark’s own studio in the Malvern Hills, Stand Upright In A Cool Place conveys the feeling of autumnal introspection in a rural retreat, sounding like a somewhat watered-down mixture of Simon and Garfunkel and Fleet Foxes. Carefree youthful abandon has been replaced by mellow middle-aged reflectiveness. Nothing wrong with sober maturity in itself – and it would be ridiculous to expect Dodgy to carry on where they had left off – but sadly this muted, backward-looking album lacks musical inspiration as well as high spirits. This comeback is a bit of a come down.

The impressive first two tracks flatter to deceive. Tripped And Fell is a beautiful, soul-searching song of sun-dappled, bucolic folksiness, with dreamy vocal harmonies backed by jangling acoustic guitars offset by an echoing, high-pitched electric guitar chord, exuding a sense of eerie melancholy. The standout single What Became Of You is a more upbeat song about self-empowerment – “Be yourself, there’s no one else” – with a catchy, recurring chiming guitar riff leading to a killer chorus.

Unfortunately, the album sags badly in the middle. We Try starts promisingly with a haunting guitar intro but then descends into mid-tempo mediocrity, with country-style twangy guitar and busy drumming failing to rescue a song that trundles along with no sense of urgency. Shadows also strays into the middle-of-the-road blandness of easy listening, as Clark wonders “Does it get harder as you get older?” Did It Have To Be This Way is a sluggish song of regret that, like its subject of a relationship that failed – “Even though you ripped out my heart/I miss you when we’re apart” – never goes anywhere.

Waiting For The Sun has a stronger tune, with some nice organ and electric piano touches, while the nostalgic Raggedstone Hill is a quietly affecting pastoral romance about a monk remembering an early love affair, taken from a Malvern legend, with sounds of birdsong and trees creaking in a gentle breeze. But Only A Heartbeat is little more than an exercise in metronomic monotony, complete with the dirge-like lyrics “Darkness looming everywhere, fear steals my heart and holds me there”, and Find A Place makes just as little impact.

Back Of You is an anti-Tory political protest song without any bite, containing the illuminating line “HMS Great Britain is stuck on the banks”. Happy Ending, in keeping with the album’s predominantly wistful mood, is a poignant closing song.

Regretfully, though, overall Stand Upright In A Cool Place seems a shadow of the band’s former glories. Not so much a new dawn for Dodgy as more like the final setting of their sun.

More on Dodgy
Dodgy – Stand Upright In A Cool Place