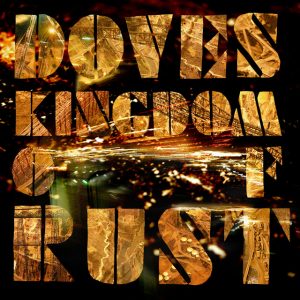 If a week is a long time in politics, then four years in the just-as-fickle music industry can feel like an eternity. Since anthemic Mancunian rockers Doves last left a recording studio in anger, prime ministers have fallen, wars have been fought, the world’s financial markets have been brought to their knees and a Kermit-voiced Welsh chanteuse has inexplicably bludgeoned her way to the upper echelons of the UK’s music scene.

For Doves’ closest contemporaries, bands occupying the emotive bloke-rock spectrum like Coldplay and Elbow, disappearing from view for the best part of half a decade would signal something worrying to their legions of fans. But Doves have built their career on fortitude in the face of adversity.

Rising from the literal ashes of ’90s dance act Sub Sub (their studio burned down, taking most of their work with it) the trio’s more rock influenced sound catapulted them to huge critical and sometime commercial acclaim, with two number one albums and a string of successful singles.

That their comeback has been so long in the making is not the sign of internal discourse, but of a quiet and dogged determination to go one better – Kingdom Of Rust is a triumph, and the best album the band have ever produced.

Influential though they may be, Doves seem to have occupied a bizarre hinterland – at once an underdog band, beloved of the faithful and ignored by the general public, and at the same time remarkably ingrained on the public consciousness.

The worst criticism that could be levelled against them on their previous three albums is that they lack a certain imagination, returning again and again to stompy, singalong vignettes about living in the semi-mystical northeast.

While these influences again rear their head on Kingdom Of Rust, Doves’ sound has matured considerably, allowing influences that were well buried in 2005’s Some Cities to bubble to the surface, creating a multi-textured and at times thrilling record.

Take record opener Jetstream. Over a pounding five minutes, Doves and Sub Sub collide to create what lead singer Jimi Goodwin refers to as an “imaginary song to the end of Bladerunner“. It sweeps and soars like New Order‘s best moments, built around euphoric drum machine beats, with a blistering Ibiza-esque refrain “The roar of the engines and the sound of the air… I will take you there”. In lesser hands this would appear hackneyed – in Doves’ it sounds vital and new.

It’s a thrilling statement of intent, which means the second track, eponymous lead single Kingdom Of Rust, comes as something of a disappointment. It is a Doves song in the traditional sense, with an bombastic, chiming guitar line and a line in soulful, if not a little unintelligible, lyrical melancholia which echoes back to There Goes the Fear and M62 Song from the band’s album The Last Broadcast. Still, on a record of career highlights this is only a letdown in its normality – a song that seems to hark back to an older age.

Lyrically, Doves still seem routed in the bleakness of the northeast – but they paint a broad, and oblique enough pallet to keep the listener entranced. In Kingdom Of Rust Goodwin murmurs of a “distant sound of thunder, booming out on the moor” and “Blackbirds flying into the cooling towers”, and the “road back to Preston was covered all in snow” – a personal, wide-eyed snapshot that would have trouble sneaking onto any new Coldplay record.

Elsewhere on the record, it seems that the three members of Doves have also spent their downtime gradually turning their personal dials to 11 – The Outsiders, The Greatest Denier and album highlight 10:03 descend into huge, ear-splitting walls of sound – louder and braver than anything the band have attempted before.

The latter eloquently displays the band’s progress since their last record – a lovelorn northern soul love song that gradually works its way into something pounding, deep, dark and resonant – like Massive Attack‘s yet-unsurpassed Mezzanine.

But perhaps the best – and most confident – moments on the record are left to near the end. There are many more obvious choices for singles on the record that the funky slap-bass infused Compulsion or the spaghetti western stomp of House Of Mirrors, but they are songs that deserve better than to be stuck with the ‘album track’ label.

The former begins with an unlikely, and surprisingly funky, bass solo before disappearing into a mysterious and haunting refrain that feels more like My Morning Jacket than Doves. House Of Mirrors effortlessly puts one over on the The Last Shadow Puppets‘ ’60s throwbacks with a crashing burst of Ennio Morricone-influenced fingersnaps and Goodwin bellowing like Scott Walker over the top – it’s one of the finest songs they’ve ever recorded.

It’s a cliché to saw that nice guys always finish last – but Doves have perhaps never gained the recognition they deserve. However, as we have seen in the remarkable success of compatriots Elbow over the past year with an album of similar quality, the public seem to be able to take comeback kids into their hearts. It would not be a surprise to see Doves following a similar path. Four years might be a long time in music, but Doves are only just getting started.