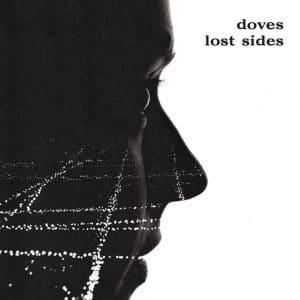 Doves – you either love them or you love them. Their albums to date, Lost Souls and The Last Broadcast have earned them critical acclaim on an international scale. B-Side compilations, however, are dubious to say the least. Certain bands, such as Oasis and Pixies, are able to offer a collection of B-sides that put other bands’ best to shame.

However, the very nature of b-sides, presumably, is that the material simply did not make the cut for an album. The question is, therefore, why should material deemed “not good enough” be revisited?

Lost Sides, however, is a typical Doves creation. We are given a taste of their trademark folk and Northern rock style, plus a few more wayward efforts. Darker drives in an action movie direction, complete with heavy-gain bass. It’s still Doves, but it’s a heavier approach, and they pull it off well.

Hot on the heels of this is Your Shadow Lay Across My Life, which appears to be typical of the collection as a whole – it’s very agreeable, and better than most things submitted by Doves’ peers. The problem is that we all know that the Doves can do so much better, which is what makes Lost Sides distinctly unsatisfying.

Listen to Meet Me At The Pier quietly and it could be any Doves song, and Down To Sea is a version of Lost Souls’ Sea Song, though somehow less engaging. It’s lethargic, and makes us frankly relieved that Sea Song is as it is. Crunch, like Darker, is a pleasing example of Doves’ ability to be a headstrong, rock-orientated outfit, though it simply isn’t what Doves are best at.

The collection’s high points come in the form of two songs – Zither, which is outstanding, and Valley. Imagine a Lost Souls track with a fair slice of smoke and peace, and you get Zither. It’s the track you fall asleep to, the track you get lost in, though, admittedly, it’s far too short, especially for an instrumental. Valley is so simple and effective that you can’t believe you didn’t write it yourself. It’s another meandering journey for Jimi Goodwin’s hypnotic vocals, and would sit very comfortably in either Doves albums thus far.

This said, the fact remains – anybody who is willing to spend their cash on a collection of 12 B-sides is probably a Doves fan anyway. As such, shouldn’t they already have the singles? Not wanting to nit-pick, I will concede that Lost Sides, despite being a revisit to pastures old, is a beautiful thing. Moreover, it’s pretty handy for those new to Doves. That has to count for something, right?