Doves – The Places Between: The Best Of 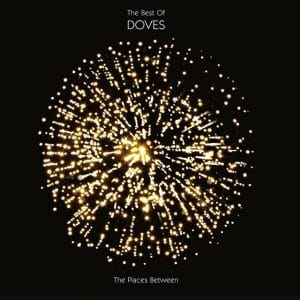 Career retrospectives are often problematic. On one hand they either represent a Christmas cash-in, the equivalent of a lifetime achievement award for otherwise faltering artists, or maybe even a reluctant contractual obligation. Few ‘Best Of’ collections seem to be essential, but then again most bands don’t have such a weighty cannon of tracks as Doves. The Places Between seems to have been generated by the wealth of great songs produced by the band over the last decade rather than any less honourable motives. The horse is being flogged, but it’s far from dead.

A Doves album is typically garlanded by the music press with four and five star reviews so it makes sense that this should be no exception. It is fair to say that all of their albums, from Lost Souls to 2009’s Kingdom Of Rust, contain at least four or five absolute classic tracks which stand out a mile. It’s therfore perfectly logical to gather these all in one place for your listening pleasure and this retrospective, sequenced by the band themselves, is a definitive overview of their career so far.

Doves’ sound has rarely changed over the years. It’s not that they are predictable; it’s more to do with the fact that their sound was so polished and fully fledged to begin with. This compilation hops back and forth over the years with effortless ease, delivering the well-produced stadium friendly anthems that the band are famous for.

As with all compilations, the spectre of a cynical record exec hovering over your shoulder is a daunting prospect to banish. However, the first few bars of There Goes The Fear prove more than enough to vaporise such an apparition; suddenly you’re wallowing in the band’s trademark hooks, epic cinematic sound and sweeping strings. Songs such as Caught By The River and the stomping Black And White Town have always received plenty of airplay, but it’s great to be reminded that good quality indie rock isn’t some mythical holy grail. By the time the album concludes with the sheer majesty of The Cedar Room you’ve been reminded just how good Doves are, and this disc is certainly an essential purchase for anyone missing them in their collection.

Serious music lovers are likely to have all these tracks already, so there is a little sweetener in the form of Andalucia, the token new track that all Best Ofs seem to be legally obliged to carry. The track itself is fine; maybe not classic Doves, but it fits the retrospective mood by ticking all the boxes. Those wanting to shell out more will be pleased to receive a second disc of rarities and a DVD to boot.

The Places Between is that rare beast of a welcome retrospective. These are great tracks that have already done a good job of standing the test of time in a sometimes fickle genre. In a decade’s time they will still have their potency – something which guarantees continued play for this collection.