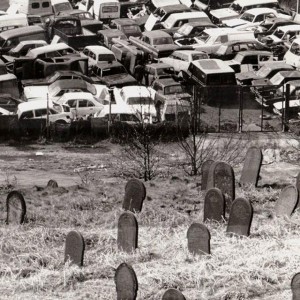 Drenge take their name from the Danish word for boys, and upon learning of this fact it’s easy to feel simultaneously relieved and concerned. Relieved for reasons of pronunciation: the Scandinavian origin means that the word is presumably pronounced with a hard ‘g’ and two syllables. So it’s ‘dren-ger’ as against the more unfortunate sounding ‘drenj’, which could easily have been invented by Jay from The Inbetweeners as a way of describing the female genitalia.

But there is also the worry that the name is rather pretentious: brothers Rory and Eoin Loveless are from Derbyshire, not Denmark. Get past this though, and listen to the music, which is of a highly unpretentious variety, and any fears that Drenge might be a bit up themselves are quickly dispelled.

The name also starts to make more sense in light of the fact that the Loveless brothers profess to be fans of Dogme 95 movies. Dogme films were made according to a set of 10 rules that forbade special effects, unnecessary drama and fancy post-production, and the two-piece garage rock that Drenge play could almost be described as a musical form of Dogme. It’s neither too deliberately lo-fi sounding nor too glossy, and there’s a complete lack of bullshit about it.

What they do have about them is a slight sense of menace, and it comes across as a finely honed kind of apathy that feels fresh even after we’ve had nigh on four decades in which to digest punk. Just start scanning through the titles of the songs: People In Love Make Me Feel Yuck; Dogmeat; I Wanna Break You In Half; Bloodsports… It reads more like the outpourings of a Twitter troll than a tracklisting.

And the songs themselves maintain that sense of slight threat: the four tracks that make up that opening salvo are all sub two and a half minute bursts of coiled up aggression that owe equal amount to punk and blues. Dogmeat is delivered with a Johnny Rotten snarl, while I Wanna Break You In Half (is that fighting talk, by the way, or a really ugly chat up line?) is the kind of sharp Southern Rock that reminds you how good the first Kings Of Leon album was.

The album becomes more expansive in scope the further through you listen. Face Like A Skull, with its big power chords and crashing cymbals, suggests a grunge influence. Let’s Pretend is the slowest and heaviest song, edging into Dinosaur Jr territory before continuing with its trudging riffs for eight minutes. Finally, Fuckabout is a reminder of the proximity of Sheffield to Drenge’s Derbyshire hometown: both Richard Hawley and Pulp are channeled here as a softer, more melancholy side to the band becomes apparent.

The album ends with the couplet “I don’t give a fuck about people in love / They don’t piss me off, they just make me give up,” mirroring the title of the opening song, but spurning the kind of vitriol that kick-starts the record. It shows Drenge to be a more rounded band than they might initially appear: any aggression is perhaps just a front, something that’s ultimately shunned like lighting effects and filters are in Dogme movies. It’s also an open-ended conclusion that leaves them with the option of following up on their debut in any number of ways.

Drenge were unwittingly given an extra boost of publicity when the Labour MP Tom Watson quit the Shadow Cabinet and retired to the back benches. In the letter of resignation he sent to Ed Miliband, he offered up his top Glastonbury discovery: “If you want to see an awesome band, I recommend Drenge.” Apparently, Drenge were not enthused by this, reacting with the kind of apathy that comes through in their lyrics, and whether Miliband has given them a listen yet remains unknown. But, on the evidence of this album, Watson was on the money.