How To Dress Well – What Is This Heart? 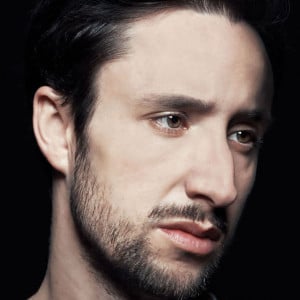 Resident PBR&B asteroid Tom Krell, donning his How To Dress Well costume, always tugs at the heartstrings. He’s adept at manipulating emotions, like some sociopathic puppeteer, but the result is almost always jaw-on-the-floor stunning. It’s like he’s frickin’ magic or something.

2012’s Total Loss LP, Krell’s second as How To Dress Well, was a rollicking ride through emotions, synthscapes and post-soul/noir&B elegance and received a standing ovation from oodles of outlets. High scores garlanded the record, and it landed a well-deserved spot on copious EOY listicles. Hopes have been exceedingly lofty for his subsequent full-length. What Is This Heart? arrives two years after its predecessor, mired by hype tsunamis and the 10-tonne baggage of anticipation. Precious few albums can survive the vortex.

What Is This Heart? does survive, but not unscathed. At the outset, 2 Years On (Shame Dream) plink-plonks into life. A slow acoustic-pop riff bubbles beneath Krell’s impassioned croon and top-register harmonies. If you strain your ears, brittle winter-folk maestros á la Bon Iver can be gleaned, but it’s far easier to hear Ed Sheeran pompously cooing like Mariah Carey sat on a washing machine. Very Best Friend tightrope walks the line between The Weeknd/Drake and Jason Derulo: “’cause you my baby/I want you to have it all/I want you to have my baby/please don’t be appalled…” Krell pleas, with utter sincerity.

However – and it’s a big however – the redeeming cavalry will rouse the Grinchiest of aortas. Krell aims high with What Is This Heart?, often striking through the stratosphere with anthemic R&B, stadium-sized synthpop, and quiet storm gumption. Repeat Pleasure, for example, is a an agate-gleam whirligig of Haim guitars, Usher vocals, and rugged electro production. House Inside (Future Is Older Than The Past) is a galvanising set-closer, reminiscent of Is Tropical‘s festival fizzer, Yellow Teeth. Krell utilises rises and falls, elastic dynamics, and pours his whole heart into an epic power ballad for the 21st century. Precious Love updates ’80s new-wave silver; Face Again is brutally dark – a gorgeous tonal shift; What You Wanted sears with passion. When Krell’s on form, he’s untouchable.

When Krell connects on What Is This Heart?, it’s like a straight-KO haymaker from someone wearing olde style Victorian clothes irons for gloves. Unfortunately, his calibre is skewed, with an occasional dud chucked into the fray, wielding all the power of a marshmallow in a firefight. It tends to be the acoustic-led numbers that flounder more – though some do pierce with precision – and offer limp Top 40 gambits. There’s such a division of greatness on this LP, that it feels unfinished, as if he was rushed for time, and the weaker links are just mere demos – and how we wish that to be true. It’s probably not, but it would offer an excuse if it were.

All that said, there’s a lot to love still, and if you carefully trim around the dross, you’re left with a stunning product and some phantasmagorical slivers of sonic mastery.

How To Dress Well MP3s or CDs

How To Dress Well on Spotify