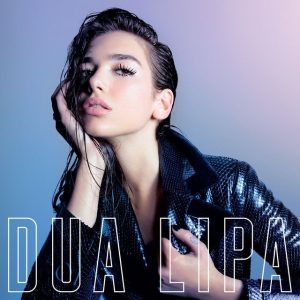 As befits the current trend, the 2017 Brit Awards packed the Critics’ Choice category with solo artists. One of the three on the shortlist was Londoner Dua Lipa, possessor of a powerful and distinctive voice. On the strength of the material in her debut album you can expect it to be a dominant force over the summer.

That voice is one of the most distinctive you will hear in pop music currently, and the album reveals it as a versatile one too. The Albanian-born singer can do piercing tones like Rihanna, cutting through the texture in songs like the decisive IDGAF, but she can also do sultry, as on the utterly beguiling Be The One, arguably her best song to date. The closer you get to her voice – and headphones are a help here – the more exotic and tantalising she sounds.

The only potential issue with her approach lies in the production behind the songs. While songs like Lost In Your Light, a mutual power-pop declaration of love with Miguel, work brilliantly, there is a suspicion of too much ironing out done behind the mixing desk on tracks like Hotter Than Hell. An admittedly thrilling song initially, it becomes quite brittle on repeated listens. Lipa’s sullen approach can work well on deadpan pop songs like IDGAF, a slice of ‘don’t mess’ attitude, and proves effective on the Lady Gaga-esque Garden. “When you bite your tongue does it draw blood?” she asks.

Lyrically the album is an intriguing cocktail of emotions, veering from insecurity and vulnerability to assertiveness and outright feminine power. Blow Your Mind (Mwah) fills the latter category, a confident declaration of intent that spoils itself a little bit by blowing a kiss in the style of Holly Valance at the end of the chorus. New Rules is much more convincing, Lipa scornfully taking her man to task for only recognising her existence when he’s had a few: “Don’t pick up the phone, you know he’s only calling cos he’s drunk and alone.” If he’s any sense, the man in question will crawl away, tail between his legs.

Thinking ‘Bout You takes a step back, painting a picture of loss, but feels unfinished despite its sentiments. Homesick is more effective, the least manipulated song on the album, and where Lipa takes her leave. A duet with a surprisingly reserved Chris Martin, it brings some welcome tenderness and a genuine sense of yearning. When she sings “Oh I wish I was there with you,” it’s a situation borne of the minute, rather than one subjected to days in the studio.

Dua Lipa is a vocalist of huge promise and ability, one whose future development should be watched closely. With this impressive first statement under her belt, the hope is that her talents will get more room and less post-production time. He strengths honed, we will then really hear what she’s capable of.