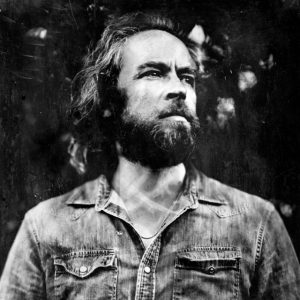 Very much a musician’s musician, Duke Garwood can claim a distinguished list of collaborators and admirers from the elites of rock and blues.

His credits include an album of duets with Mark Lanegan, mutual collaborations with Savages (Jehnny Beth contributed vocals to his last record, and he played clarinet on their debut), a split EP with Wooden Wand, and a sideline playing sax with the Archie Bronson Outfit. But despite having released five solo albums he remained something up a cult figure until signing to Heavenly for his mesmeric 2015 record Heavy Love.

With Garden Of Ashes he secures his position as not just a musician’s musician, but one who looks set to grow a wider following. It’s a more subdued record then Heavy Love, one in which Garwood strives to create a sense of solace in the face of cruelty and corruption. Heavy Love was an introspective album that pulled its joy from Garwood’s soul; Garden Of Ashes on the other hand is more outward-facing, reflecting what he sees around him and alchemising it into golden, light-flooded beauty.

Garwood has described the record as “a stare down to the beast of hate trying to take over our garden”. So even when there are moments of darkness and bleakness – “it’s like the sun moved to a better world,” he repeats on Sonny Boogie – the music is rich and calming. Blue is the calmest, most languorous track, with bubbling guitar and resonating bass; “better keep on smiling”, the backing vocals plead. Similarly, Sleep is what seems to be a heartfelt and sincere lullaby.

On one level this is beautiful, relaxing music, but there are dark and deep-lying undercurrents. The blackness of Nick Cave and the wisdom of Leonard Cohen are both felt, as is the space out menace of The Doors. At times the music grows more restless. The title track, which acts as both a literal and a thematic centrepiece, is pushed along by trembling guitar and unsettled drums. Often, two guitars play off each other without ever quite lining up into a solid groove; the playing is loose and unhurried. Sing To The Sky is a brief, light piece that’s built on soft guitar picking, but the drone of something like a Mellotron in the background alters the mood.

A desert rock vibe pervades the whole album; the influence of Mark Lanegan and Alain Johannes, who contributed to mixing the record, is evident, but this has also become a hallmark of Garwood’s sound in his own right. It’s not just the stoned, Californian haziness of the Palm Desert scene however; the Saharan desert blues popularised by the likes of Tinariwen and Ali Farka Touré also seeps in, as in Heat Us Down. Different blues cultures converge here; the album is a kind of crossroads, but you’d be unlikely to guess that Garwood is actually from south London.

The record begins with the scene-setting Coldblooded, in which Garwood sings “let us trade a tale of wrong and good”; and ends with Coldblooded the Return, which picks up on earlier themes and lyrics and brings the whole album back round on itself. “Let us trade a tale of love in good gone bad,” Garwood sings, but now he’s somehow more knowledgeable yet more resigned. Curiously, the guitar part that opens this final track sounds rather like a loosened version of the main riff of Bob Dylan’s Ballad Of A Thin Man. Perhaps this meant to underline a point that has been implicit throughout this mysterious album, and which might be a comment on the world as Garwood sees it: something is happening here, but we don’t know what it is.